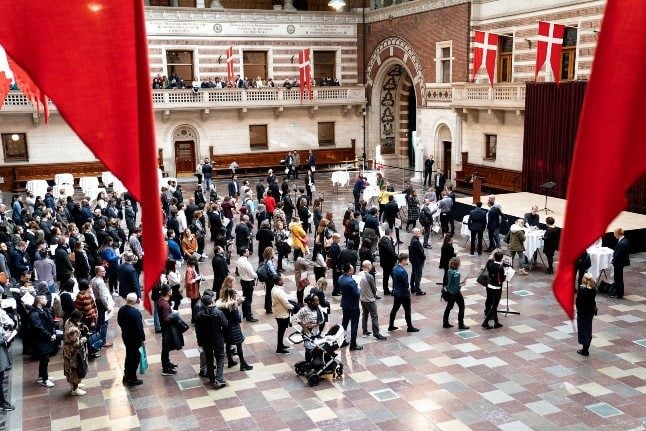 Ahmed Nawaz is a software engineer, who came to Denmark in 2009, shortly after the country announced its green card scheme. With a freshly obtained masters degree from a Swedish university, he easily got a Danish green card in 2010 and came to the country in 2011.

“When I came to Denmark, I had a plan,” Nawaz says. “I planned first to build up some savings and then to start a family life, bringing my spouse and kids here. I also planned to focus on learning Danish language.

“Everything was going smoothly until the immigrations laws started changing constantly. I have been trapped by these laws changes and their retroactive implementation.”

If Nawaz’s current citizenship application is rejected, it will be the third time he has received a rejection letter due to rules with retroactive effects brought in after his application.

He dates his problems back to Denmark’s 2015 election, which brought an overwhelming victory for the far-right parties, with the Danish People’s Party (DPP) winning a record number of seats.

This immediately led to tightening immigration rules as the DPP had come into parliament with one and only one item on its agenda — to tighten immigration.

But even then, Nawaz could hardly conceive of how miserable this election result would make his life in the coming six years.

Nawaz had then been living in Denmark for five years, and met all requirements to apply for permanent residency, which he did on December 15, 2015 paying a fee of DKK 5,400.

“I was focused on my job and my family life. I thought I would receive my permanent residency permit in a few months, after which I would no longer have to worry about extending my visa or getting kicked out of Denmark if I lost my job,” Nawaz remembers.

But his troubles were only just about to start. At the end of January 2016, the Danish parliament passed a new bill tightening permanent residency rules.

These new rules made it compulsory for applicants to have lived in Denmark for six years before becoming eligible for permanent residency.

Although the bill was passed on January 26th, 2016, it was applied retroactively to all applications submitted after December 10th 2015, the date when the bill was presented to the parliament for the first time.

This meant that the compliant application Nawaz had submitted little more than a month previously no longer met the criteria.

Sure enough, a few week’s later, Nawaz received a rejection letter from the immigration office stating that he had not been in Denmark for six years, meaning he did not qualify for permanent residency.

“I felt betrayed as my application had not only been turned down due to the retroactive enforcement of the rules, but I did not even get back the DKK 5400 which I had paid for my application,” Nawaz says.

“But I just continued my life and thought I would apply for permanent residency in a year’s time”.

Residency requirement raised to 8 years in 2017

“I would have to wait for another two years before I could be eligible to apply. This was another shock for me,” Nawaz said.

“As my kids were in school and felt integrated in Denmark, I again committed to continuing my life in Denmark, and decided to apply for permanent residency in two years’ time for the sake of a better and certain future of my kids.”

READ MORE: Denmark is locking every door to immigrants

Rejection of Permanent Residency application in 2018

After two years’ wait, he applied for permanent residency again.

The residency requirement for permanent residency is counted from the time you receive a nummber from the Centrale Personregister (CPR) or from the submission date of your first visa application.

As Nawaz submitted his first green card application in Denmark in October 2010, his residency years should have been counted from then. But when he sent in his second application for permanent residency in 2018, he received a rejection letter in early 2019.

The immigration office argued that he had stayed longer outside of Denmark in his early years in the country, reducing the amount of time he had spent in Denmark. Once again, he received no refund for his DKK 6000 application free.

He again applied in 2019 and then finally received permanent residency in October, after eight and half years in Denmark.

“I finally made it to permanent residency, despite a long process and number of rejections due to changing rules and their retroactive implementation,” he said.

But when, in June 2020, Ahmed submitted his application for Danish citizenship, he again ran into trouble, as he had lost his job in March 2020, due to the coronavirus crisis.

The lockdown made it hard to find a new job, so he started a web development course at Next Copenhagen to increase his career opportunities, which he completed a few months ago. He hopes to start a new job soon.

When the Social Democrats came into power in 2019, many foreigners working in Denmark hoped it might make their lives more normal life, but instead the situation has become even worse.

On April 20, 2021, Minister of Immigration and Integration Mattias Tesfaye along with representatives of the Liberal, Liberal Alliance and Conservative parties, announced new and tighten citizenship laws.

Among other new requirements, one is that you must have worked for three and half years full-time over the last four years, with the new rule applied retroactively on all applications submitted after 10th April, 2020.

This is why Nawaz fears he can now expect yet another rejection letter from Denmark’s immigration authorities.

“I am devastated to hear about these new rules and their retroactive implementation,” he says.

“It is like running on a treadmill which never ends. I am still studying a web development course, after which I will probably get a job and then I have to work for three and a half years to become eligible to apply for citizenship.

“This means that I will probably get Danish citizenship in 2026, instead of 2022, if I did not get sick or lose my job again, or if the rules are not changed again.”

Read more: ‘Dictatorial to impose new citizenship laws on those who have already applied’

Nawaz is now living with his wife and two children at the outskirts of Copenhagen. His eldest child is in the eighth class, while the youngest is in 6th.

“I am not only worried about my future in Denmark but that of my kids,” Nawaz says. “Although they are well integrated, I am afraid that what has been happening to me over the last decade might happen to my children one day. It makes me scared for my children’s future.”

Nawaz is one of hundreds in a similar situation.

The Green Card Holders’ association believes that the only fair and moral way of implementing these rules would be to apply them three years from, rather than applying them retroactively.

This would allow everyone to fulfil the requirements, and save Nawaz from getting his 3rd rejection letter from Danish immigration.

Ahmed Nawaz’s name has been changed out of fear that going public might negatively affect his citizenship application. 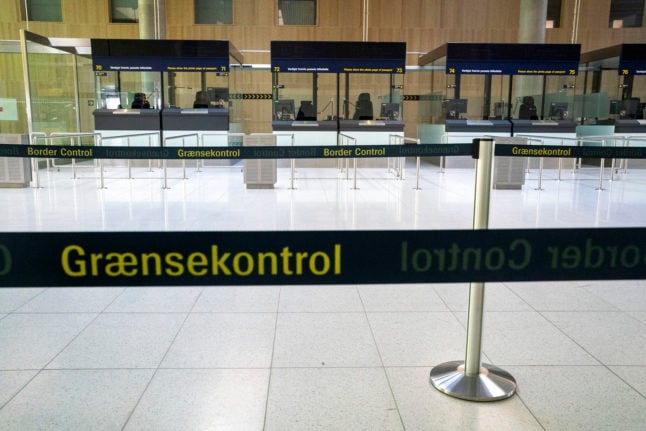 RESIDENCY PERMITS
Can you travel in and out of Denmark if you lose your residence card?
Url copied to clipboard!