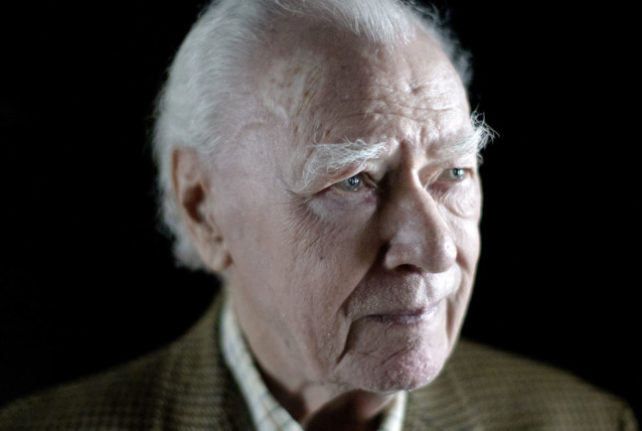 Schlüter’s family announced his passing via the Conservative Party on Friday.

Government leader for 11 years in the 1980s and 1990s, Schlüter was the longest serving prime minister since World War Two and the only Conservative party PM in the 20th century.

“His family have lost a dear member and our country has lost one of the most important people of our time,” current Conservative leader Søren Pape Poulsen said in a statement.

“It is with sorrow that I bring the message from Poul Schlüter’s wife and family that former Prime Minister Poul Schlüter has died,” Poulsen said.

Schlüter took over as Conservative leader in 1974 and strengthened the party’s position over a number of years in opposition to Anker Jorgensen’s Social Democrats.

He was known for skillfully managing the press and a result-based approach to politics. Under the motto Borgerlige stemmer, der arbejder — loosely, ‘Conservative votes at work’ — he made his party the largest on Denmark’s right wing.

Under a four-party conservative coalition, he introduced a series of economic cuts after taking over as government leader from Jorgensen in 1982.

That line was generally credited as being a successful one for the country. At a 1986 party congress, Schlüter famously said things were going “incredibly well”.

A state deficit of 80 billion kroner was turned into a surplus during his earlier years in office and unemployment was significantly reduced.

The Conservative prime minister stepped down in 1993 over a scandal related to his justice ministry’s order to stop processing family reunification claims from Tamil refugees.

Rasmussen was appointed tax minister by Schlüter in 1987 before he went on to lead the Liberal party and later the government.

“Poul Schlüter is one of the most important and influential people in modern Danish history. And his down to earth and widely appealing personality will be remembered with great respect by all of Denmark,” Rasmussen said.