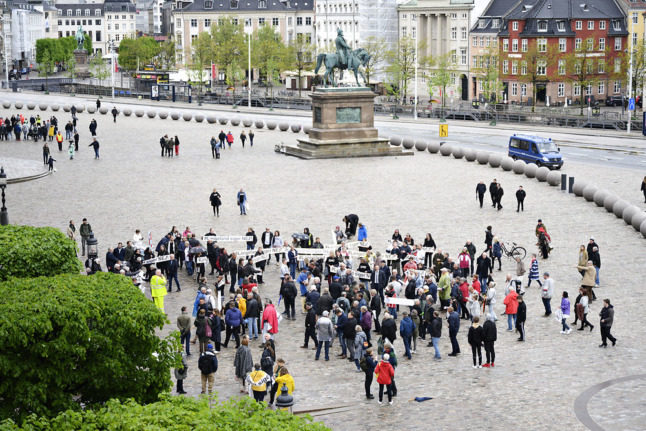 The government last night announced it will not go ahead with plans to open a so-called departure or expulsion centre on Langeland, in the face of fierce opposition from the local community on the island and in parliament.

Proposed last week, the centre would have housed people with so-called ‘tolerated stay’ (tålt ophold) status, who do not have permission to reside in Denmark but cannot be deported by force. The planned facility was for foreign nationals with criminal records who have served their sentences but are awaiting deportation.

We’ll have more detail on this story in a report today.

If you (like me) have registered for a consultation over opting to receive a Covid-19 vaccine from AstraZeneca or Johnson & Johnson, you may have to wait a while. The private company given concession to distribute the vaccines, Practio, says that 24,000 people have so far signed up for the scheme, broadcaster DR reports.

Vaccines from the two companies have been withdrawn from the general vaccination programme but can still be given in Denmark via the new opt-in arrangement.

The company is still working to secure locations for its vaccination centres and hiring doctors to give the consultations founder Jonas Nilsen told DR.

“It’s going fast but I’m confident about everything, even though we’re busy,” Nilsen said.

Just over a third of Denmark’s 3,000 midwives have signed a declaration refusing to take new jobs in the public sector unless they are given better wages, DR reports.

The conflict between the midwives and their employers, the regional health authorities, has reached a stage where it has the potential to affect staffing at neonatal wards when hospitals put together their summer rotas, according to the broadcaster.

Rain, wind and a little bit of sun forecast

The end of May is nigh and you could be forgiven for thinking that spring hasn’t really got going yet. Today is unlikely to change such a conviction, according to weather forecasts.

A moderate to strong southerly or southwesterly wind is expected in most parts of the country. A low pressure system moving north will ensure showers, wind and perhaps a bit of sun, with temperatures ranging from 8-14 degrees Celsius.