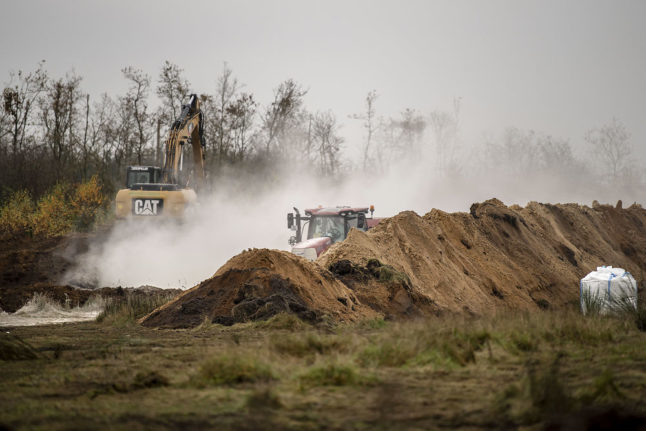 Denmark’s government hopes to launch its new optional vaccination scheme, which will allow those who actively choose to have the AstraZeneca vaccine to receive it free of charge, as early as next week.

In response to a tweet calling for Denmark to act more rapidly on the scheme, the country’s health minister. Magnus Heunicke, wrote that the health ministry would today publish an executive order detailing the new optional scheme, which will run parallel to the country’s official mass vaccination program.

“Yes, I can going to put the executive order on the option vaccination scheme out or public consultation today,” he wrote.

“This means issuance will finally come next week. In the meantime, we will conduct a dialogue with the companies that have shown interest in taking responsibility for the task, so that their practical questions can be clarified.”

Will summer officially arrive in Denmark?

The weekend’s warmth and sunshine will continue on Monday, with state forecaster DMI predicted that the temperature will hit 25C in some places, meeting its definition of a summer’s day.

A Danish delegation on Saturday visited the 19 children born of Danish or former Danish citizens who are living in two camps — al-Hol and al-Roj in northeastern Syria, Denmark’s foreign minister Jeppe Kofod has revealed in a statement.

“I can confirm that a Danish delegation has just visited the camps in northeastern Syria as part of the task force’s work,” Kofod said.

“The task force’s investigation into whether and how the evacuation of the Danish children can be carried out without their parents coming with them is still ongoing. It is still too early to draw any conclusions based on the visit. As soon as the result of the task force’s work is ready, we will convene parliamentary parties for consultations.”

Number of new cases falls below 1,000 for second day running

Fears of a third wave of infections have abated somewhat after the number of new cases reported fell below 1,000 for the second day running, with 874 reported on Saturday by Denmark’s SSI infectious diseases agency.

On Thursday and Friday last week there were 1,012 and 1,023 new cases reported respectively.

Starting on Thursday, a contractor hired by the Danish Veterinary and Food Administration will carry out a test exhumation at Nørre Felding, south of Holstebro, one of the sites where millions of minks were buried last year, Denmark’s agriculture ministry revealed in a press release on Monday.

The full exhumation, which agriculture minister Rasmus Prehn has warned will create a “major odour nuisance” for local residents, will take place the following week.

Denmark’s parliamentary parties made a political agreement in December on how to dig up the minks after it emerged that their rotting carcasses risked polluting the local environment.

Denmark ordered mink farmers across the country to kill their herds after a potentially vaccine-resistant coronavirus variant was found among the mink.

Today in Denmark: A round-up of the latest news on Friday