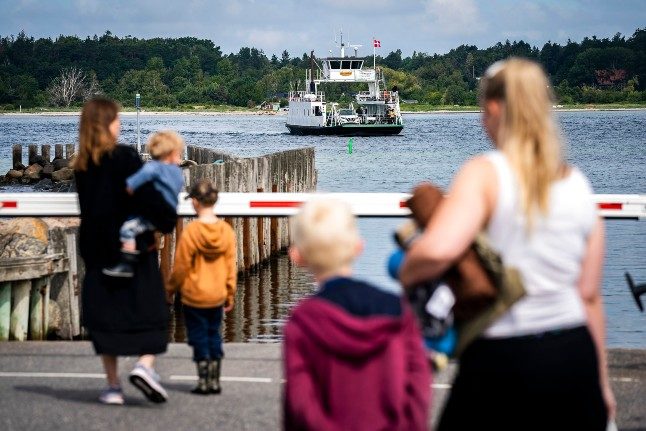 The human rights group Amnesty International has condemned Denmark’s government after it struck a migration agreement with Rwanda that could be the first step towards sending those seeking asylum to the African country while their claims are processed.

“These proposals take responsibility-shifting of refugee protection by EU governments to a new low, and would set a dangerous precedent in Europe and globally,” Amnesty International’s Europe Director, Nils Muižnieks, said in a statement after the text of the memorandum of understanding was published on Wednesday. Read our story here.

Denmark’s government is set at 12.30pm on Tuesday to present a new “summer package” of subsidies for amusement parks and the Danish tourism industry. According to the state broadcaster TV2, the government plans to spend about 1.6bn kroner on the package.

Last summer, the government subsidised entry fees to amusement parks, ferries to holiday islands, and a host of other things, to encourage Danish holidaymakers to spend their money at home and so prop up the struggling tourism industry.

Susanne Mørch Koch, chief executive of the Tivoli amusement park, said that she hoped her park would be covered this year.

“Last year, the summer package enabled somewhat reduced entrance fees, but Tivoli was not covered by it. So for a start, this year we want to be,” she told the Ritzau newswire. “Then we have to see what other initiatives the package will contain.”

Norwegian-Iranian found guilty of spying and accessory to murder

Copenhagen’s Eastern High Court has found a 40-year-old Norwegian-Iranian guilty of helping the Iranian government plan the assassination of a 50-year-old Ahwazi separatist in Ringsted, outside Copenhagen, in 2018.

“It can be assumed that the Iranian intelligence service wanted to kill the man. It asked the culprit to go to Ringsted and, among other things, take photos, and he forwarded and handed over the pictures,” the judge ruled.

“The planned murder was imminent, and the accused was aware of it.”

The prosecution has called for the man to serve eight years in prison.

The most comprehensive and systematic study yet of Danish and Norwegian residents who have taken the AstraZeneca vaccine has concluded that the benefits still outweigh the risks for almost all countries.

“In the vast majority of countries, it will still overall, no doubt, be net beneficial to use this vaccine, both at the level of society and at the individual level,” Anton Pottegård, the professor at the University of Southern Denmark who is the lead author of the study, told The Local.

The study, by researchers at the University of Southern Denmark and at the Norwegian Institute of Public health, found that those receiving the vaccine faced a one in 40,000 risk of getting a blood clot in the brain, and a one in 9,000 risk of general blood clots in their veins.

It was published in the British Medical Journal.

Gyms and fitness centres reopened across Denmark on Thursday, with personnel now hired to check that everyone entering has a valid coronavirus pass, which shows either a negative test less than 72 hours old or a completed vaccination.

“In the centers I have visited, they have had a lot of visitors,” Claus Christensen, regional director of Fitness World told Ritzau. People show their coronavirus passports without any problems, so it seems as if people have familiarized themselves well with the rules.”