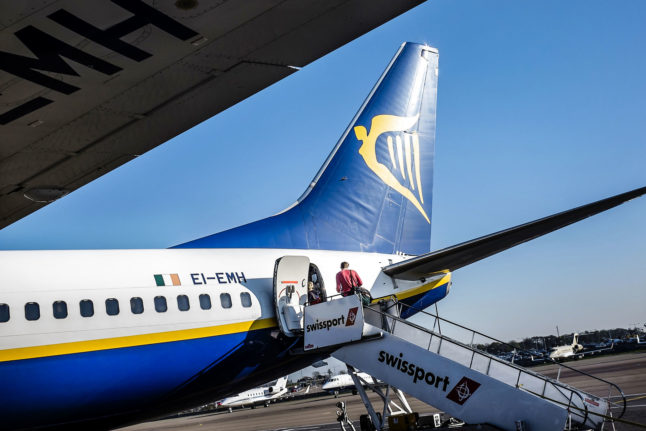 A Ryanair plane at Billund Airport before it closed the hub in 2015. Photo: Thomas Lekfeldt/Ritzau Scanpix

Starting from October, the airline will base two aircraft in Billund, and launch 69 departing flights a week, with 26 routes in total of which 16 are new ones. The airline said that the decision would involve an investment of 1.2m kroner ($200m), which it said would bring new jobs to the Jutland economy.

“This development will create over 60 direct jobs and offer our Danish customers a host of European destinations to choose from this winter,” said Ryanair’s CEO, Eddie Wilson, in a statement.

“At a time when other airlines are reducing their workforce, we’re delighted to be making further investments in both our people and in airports throughout Europe and look forward to commencing the recruitment for these roles very soon.”

Booking opens on Sunday May 9th to destinations such as Brussels, Seville, Tallinn, Wroclaw, Rome, and Edinburgh. In case a rise in infection either in Denmark or in the destination country makes their journey impossible, those who book now will be able to change their travel date without incurring any charges up until October.

Billund Airport’s CEO, Jan Hessellund, said that with the economy still strong in the region, he expected demand to be high.

“The West Danes are eager to start traveling and as the West Danish economy is still going strong and have been very little effected by the Covid-pandemic,” he said. “The suitcases stands all packed in many West Danish homes ready for when Europe opens up again”

Ryanair closed its hub in Billund in order to focus on opening a hub in Copenhagen, but eventually gave up on its plans after a conflict with unions.

Wilson told the Ritzau newswire that all of the estimated 60 staff who will be hired, will be hired according to Danish union agreements.

Thilde Waast, chair of the Flight Personnel Union said that if Ryanair opens up again it must be with a “good, Danish bargaining agreement”.

“We are pleased that Ryanair acknowledges this at today’s press conference, but unfortunately we are still far apart when it comes to the content of an agreement,” she said. “We hope that we can get a solution at the negotiating table before starting up the base, without having to go through the same thing we did in 2015.”

Here are the new routes: