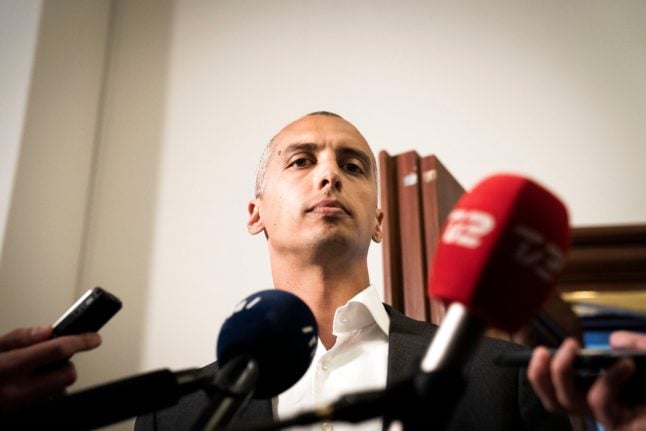 Denmark’s Ministry of Foreign Affairs on Wednesday published the text of a ‘Memorandum of Understanding regarding cooperation on asylum and migration issues‘ signed by immigration minister Mattias Tesfaye during a visit to Rwanda last week.

In the memorandum the two countries call for changes to the “unfair and unethical” current asylum system, which they agree is “incentivizing children, women and men to embark on dangerous journeys along migratory routes, while human traffickers earn fortunes.”

“It is… the vision of the Danish Government that the processing of asylum applications should take place outside of the EU in order to break the negative incentive structure of the present asylum system,” they say.

Denmark’s ruling Social Democrats made a plan to establish an overseas reception centre for refugees one of the core policies in their 2019 election campaign, and on the day Tesfaye returned to Denmark, the government tabled a new bill to parliament sub-titled “Introduction of the option to transfer asylum seekers for processing and possible subsequent protection in third countries”.

While the document does not mention Rwanda itself hosting a reception centre, it notes that Rwanda has already hosts an “Emergency Transit Mechanism (ETM) centre” under a deal between the Rwandan government, UNHCR, the UN Refugee Agency, and the African Union.

The centre hosts refugees who have been trapped in detention in Libya and then evacuated to Rwanda.

The deal with Denmark is supposed to strengthen Rwanda’s capability in “Refugee Status Determination”, the legal or administrative process by which governments or UNHCR determine whether a person seeking international protection is considered a refugee.

It would also involve supplying funds, “technical assistance” by Danish experts, “livelihood support for refugees”, support for the country’s ETM centre, and study trips to Denmark for Rwandese officials.

At a hearing on Tuesday, Tesfaye, refused to confirm that his trip had secured a deal that would see Rwanda host refugees to Denmark while their cases are being processed.

“We have presented our idea of ​​a new asylum policy to a large number of countries inside and outside Europe,” he said. “And then we have identified a good handful of countries that we will try to have a discussion with. We are not going to name those countries.”

A Memorandum of Understanding is not binding on either party and simply sets the framework for future negotiations.

United Nations High Commissioner for Refugees in a March statement called on “to refrain from establishing laws and practices that would externalize its asylum obligations” under UN conventions.

Denmark is not the first country to call on Rwanda’s help in handling its refugees.

In November 2017, Israeli Prime Minister Benjamin Netanyahu signed a secret deal with Rwanda, under which, according to Israeli media, Rwanda would receive $5,000 for each asylum seeker it received.

According to an article in Foreign Policy, most of the asylum seekers flown to Rwanda from Israel, most of whom came from Eritrea or Sudan, ended up leaving the country, either for Uganda or to South Sudan.