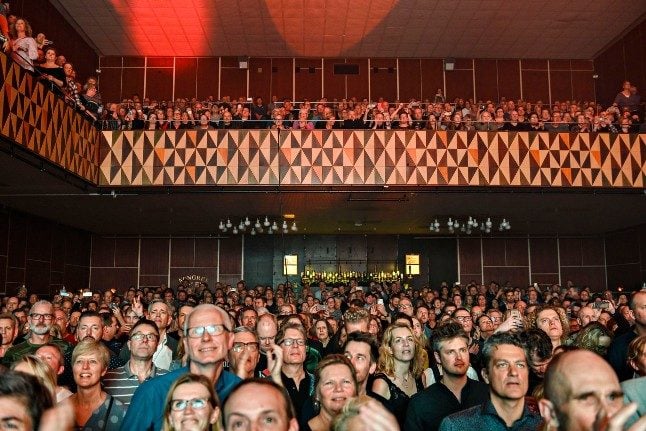 The agreement has come just two days before concert halls and theatres were due to reopen over an agreement reached last month, leaving the organisers and producers in a rush to sell tickets, and arrange events.

It extends the list of institutions which can open on May 6th to also include gyms and fitness centres, where customers, like at theatres and concert halls, will have to show a negative coronavirus test of completed vaccination to enter.

But limiting even outdoor music festivals to 2,000 standing guests, served as a death blow to music festivals such as Roskilde, Northside, Tinderbox, Copenhell and other festivals, which announced cancellations in quick succession on Tuesday morning.

For the European Championships in football in June and July when Copenhagen will host four matches, however, the government will allow 16,000 fans to attend each match.

Denmark’s justice minister Nick Hækkerup said that it was important that the country did not reopen so fast that it triggered a third wave of infections.

“While the infection situation in Denmark is stable, we see that many other countries have been hit by a third wave and new shutdowns, which we would very much like to avoid in Denmark,” he said in a statement.

“That is why I am incredibly happy that today we have another new and balanced agreement, where, among other things, it has been possible to send many more children and young people back to school.”

The parties also agreed that vocational and adult education centres should move to full physical attendance on 21 May 2021.

Jakob Ellemann-Jensen, leader of the opposition Liberal party said that reopening schools had been his party’s priority in the talks.

“What was important for the Liberal Party going into these negotiations, was our children: That they can go back to school and also very much the youth education centres,” he said. “The main thing is that we succeeded, that all the primary school classes are now back.”

The country’s case numbers are now at a quarter of what they were in December, when the country went into a partial lockdown with the closure of schools and non-essential businesses.

Denmark’s vaccination campaign, which has been slowed by its decision to not use the AstraZeneca and Johnson & Johnson vaccines over rare but serious side effects, is now expected to be completed by late August.

So far, 11.5 percent of Danes have been fully vaccinated and 23.4 percent have received a first dose.

Here is what will change on May 6th:

Here’s what changes from May 21st: