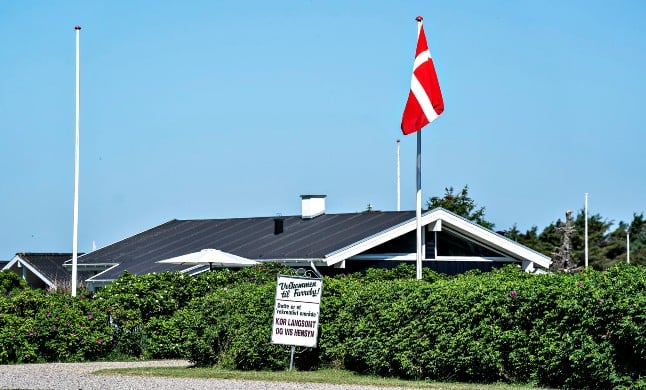 A summer house on the coast of northern Jutland. Photo: Henning Bagger/Ritzau Scanpix

The Danish Health Authority has decided to withdraw the Johnson & Johnson jab from its vaccination program, pushing back the end of vaccination by as much as a month for those aged 20-39.

In a press release, the authority said had concluded that the benefits of using the COVID-19 vaccine from Johnson & Johnson “do not outweigh the risk of causing the possible adverse effect, VITT [Vaccine-induced Thrombotic Thrombocytopenia]” in those who receive it.

It said that as the Covid-19 epidemic in Denmark was currently under control, and the vaccination rollout progressing satisfactorily with other available vaccines, it had decided to drop Johnson & Johnson from the national vaccination campaign.

At a meeting with Denmark’s health minister, Magnus Heunicke, political parties representing a majority of the parliament agreed to set up a parallel vaccination programme where those who want it can apply to be given the AstraZeneca or Johnson & Johnson vaccine free of charge. Read our story here.

Denmark’s political parties on Monday evening were set to begin talks on opening up theatres and concert venues when phase three of reopening begins on May 6th. With only three days to go, theatres and concert halls are still in the dark about whether the reopening will take place and what guidelines they should follow if it does.

“It’s far from optimal,” said Ditte Sig Kramer, head of communications at the Vega venue in Copenhagen told state broadcaster DR. “It is decidedly troublesome that no one has come up with any guidelines just a few days before we open.” Read our story here.

Denmark has sent 53 ventilators to India to help its hospitals handle the ongoing devastating wave of infections, and also given 7.4m kroner (€1m) to the Indian Red Cross to aid them in their work battling the pandemic. The ventilators will be sent from the Copenhagen hospital district, Region Hovedstaden.

“In India, we are seeing how terribly, how violently and how heartbreakingly the coronavirus pandemic can hit,” said foreign minister Jeppe Kofod said in a press release. “Denmark will of course help where we can and with what our Indian friends are asking for.”

“I must not going to shy away from saying that in my opinion it was Lars Løkke who has created the current dysfunction among the conservative ‘blue bloc’,” to told the Berlingske newspaper. “He did it in the final phase of the election campaign, where he broke all bridges to the other conservative parties.”

Danes have booked a combined 85,600 weeks in summer houses in July and August, a 142 percent rise on last summer, when Germans booked many of the beach houses on the Jutland coast and elsewhere. Under the reopening plan launched in April, with the current level of infection in Germany, Germans who are not fully vaccinated will need to go into quarantine for five days on arrival, which has dramatically reduced rentals from abroad. Read article here (in Danish).