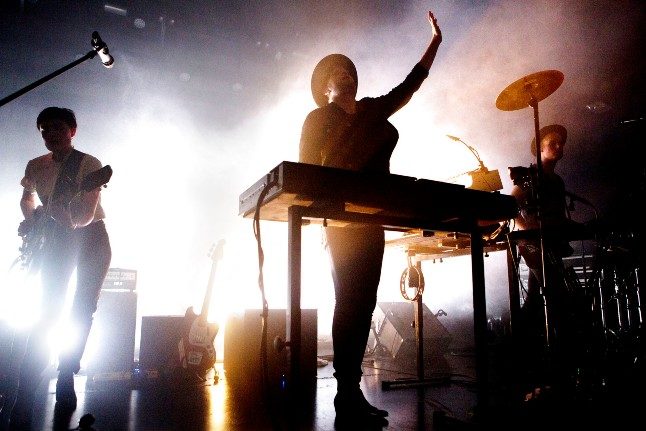 Denmark’s political parties will start negotiating the phase three reopening from 5pm on Monday, and are likely to carry on talks over the coming days, but so far seem to be divided on how fast the pace of reopening should happen.

This means that concert venues and theatres do not know basic things such as how many tickets they can sell, whether everyone will have to be seated or not, or whether everyone in the audience should have showed a negative test or vaccination on their coronavirus passport.

“It’s far from optimal,” said Ditte Sig Kramer, head of communications at the Vega venue in Copenhagen told state broadcaster DR. “It is decidedly troublesome that no one has come up with any guidelines just a few days before we open.”

The venue is preparing to have seated concerts following the same model as last autumn, with one-seat spaces between different groups, and face masks mandatory for those who are standing.

“Last time could have a maximum of 450 seated guests, but hope we be able to let even more in now,” she said.

At Kulturværftet Helsingør, the artistic director Michael Fock told DR he expected the reopening to be “absolutely wild”, but said it was “a bit stressful” not to have the guidelines clear by now.

But it’s just about to be up for grabs when it comes to the guidelines, he admits. “It would be really nice to get a very clear detailed announcement, so we know how to plan,” he said.

Jeppe Uggerhøj, artistic director at Musikhuset Aarhus, said that he and his team were prepared for different constellations of guidelines.

“We have considered the different scenarios for how we can hold our events, but we still lack the last green light from the politicians on how they relate to the expert group’s recommendations,” he said.

The Danish Health Authority on Monday afternoon said that it was withdrawing the Johnson & Johnson jab from Denmark’s mass vaccination campaign, although parties representing a parliamentary majority have also informally agreed to set up a parallel voluntary program where those who wish can receive the Johnson & Johnson and AstraZeneca vaccine free of charge.

The decision will mean it could take a month longer for 20 to 39-year-olds to get vaccinated, with potential knock-on effects for the reopening of concert venues and music festivals.

Politicians from the Social Liberal, Liberal and Danish People’s Party all on Monday questioned whether a delay in the vaccination program should mean a slower lifting of coronavirus restrictions.

“I do not think that the question of whether Johnson & Johnson is in the vaccine program or not matters in relation to how much we can reopen now,” said Kristian Thulesen Dahl, chairman of the Danish People’s Party.

“I base this on two things: we have been told that if Johnson & Johnson is out of the vaccine program in Denmark, it will only affect the vaccine program by one week in the short term. That is too little for it to affect the reopening. The second thing is that the current infection rates and numbers for admissions are something that have surprised us on the upside.”

Liberal Party’s health spokesman, Martin Geertsen, agreed: “We still have a very low infection rate, and low and stable rate of hospitalisations, so, as far as we see, this will not matter.”

Stinus Lindgren, health person for the Social Liberal party, said that he did not think the reopening should be tied to closely to the vaccination calendar, arguing that the infection rate was more important.

“We have never said that we see a direct link between the [vaccination] calendar and reopening, and that is because we must follow the development in the epidemic all the time,” he told Danish state broadcaster DR.

“We have to remember that today, even without Johnson & Johnson, we have vaccinated about a quarter of the Danish population with the first jab. That’s a lot of people, and when the weather gets better and we are outside more, the epidemic will also be pushed downward. So I’m quite optimistic.”

What does the withdrawal of Johnson & Johnson mean for summer music festivals?

There is a definite risk that Denmark’s major music festivals, Roskilde and Skanderborg, will have to be cancelled for the second year.

The government’s expert committee has already recommended that festivals limit numbers to 10,000 and only take day visitors, with festival-goers returning home or to hotels in the evening, but so far the government has not responded to their report, pushing the organisers of the Roskilde festival to write a pleading open letter last month.

The festival organisers, like theatres and concert venues, are currently awaiting the results of this week’s talks to know whether or to what extent they can open in the coming months.