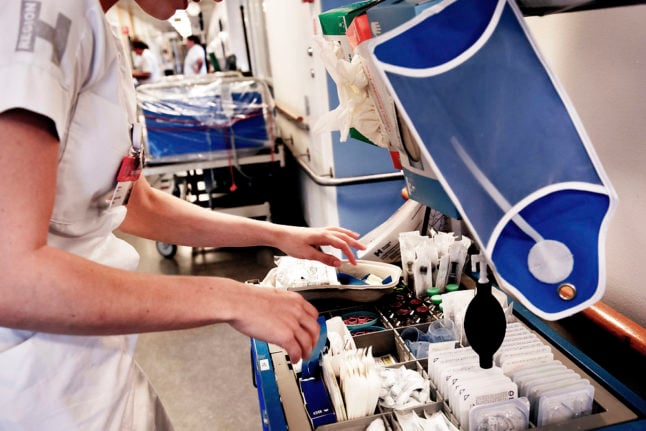 File photo of a nurse at a Danish hospital: Linda Kastrup/Ritzau Scanpix

The union confirmed its action in a statement after a slim majority of its members voted to reject a new collective bargaining agreement over working terms.

Dissatisfaction over the rejected agreement is related to the wages offered, news wire Ritzau reports.

A collective bargaining agreement or overenskomst in Danish is a central part of the national labour market model, given that almost 70 percent of people in the country are union members.

The agreement itself is a set of working conditions agreed between employers and union representatives. It regulates wages, for example stipulating that all employees with a certain job title must receive a salary within a certain pay band, as well as holiday allowance, overtime pay, working hours, and other benefits.

“We emphatically wish to put pressure on both regional health authorities and municipalities to get them back to the negotiation table with a view to finding a solution” to the conflict, union chairperson Grete Christensen said.

DSR has around 80,000 members. It has given notice of a strike taking in ten percent of its members employed by municipalities and regional health authorities.

Should the strike become reality, that number would encompass a broad section of members from across the country, Christensen said.

It would begin during the night of May 20th-May 21st.

There remains hope that the two sides will find a resolution prior to the strike taking effect, with DSR saying it could not rule out the possibility of a new agreement being reached with employer representatives.

Christensen said the situation was “not optimal” in relation to the coronavirus crisis.

“But that doesn’t make the message from our members any less clear and we must act,” she said.

“So we hope that employers are prepared to come forward and take part in finding some solutions together with us,” she added.

The rejected collective bargaining agreement provides for wage increases of just over five percent and would have taken effect from the end of April.

SAS
SAS strike: What can be expected from fresh talks Monday?