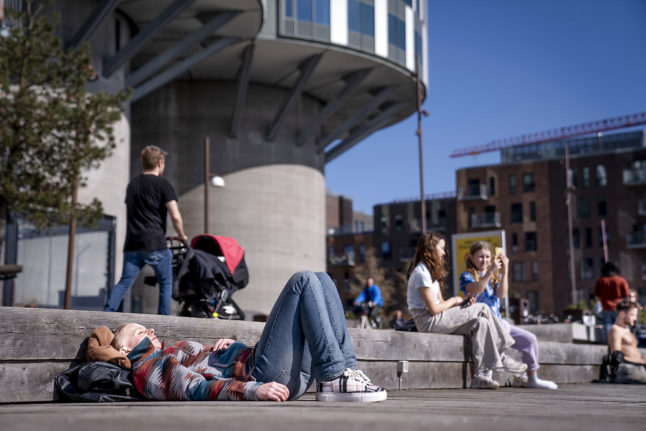 The effects of the coronavirus crisis on the Danish economy have not been as severe as previous estimates have suggested, according to new figures from Statistics Denmark.

A revised calculation from the agency shows that the national GDP shrank by 2.7 percent last year, a smaller hit than the previous estimate of 3.3 percent.

Nevertheless, 2020 remains the worst year for the economy since the global financial crisis.

Residents in the Ydre (Outer) Østerbro neighbourhood in Copenhagen have been asked to seek coronavirus tests after a number of cases of the P1 variant were found.

The variant, first identified in Brazil, is suspected to have higher resistance to vaccines than other forms.

Residents in the relevant area will receive SMS messages asking them to take a test, news wire Ritzau reports.

Earlier this week, people in parts of Funen were strongly encouraged to isolate and take tests after suspected variants were detected there.

The ban on being in Christiania for anything other than walking or running is to stay in place until after Easter, Copenhagen Police have confirmed.

First introduced in January, the ban is regularly extended with police justifying this by stating that potential crowding in the area could increase the risk of Covid-19 infection.

The ban, a so-called opholdsforbud, allows the public only to pass through, but not stop in the area. The affected areas, Pusher Street and the Green Light District, are prominent features within Christiania. In more normal times, the area is known for features including the market stands on Pusher Street, from where cannabis is sometimes illicitly traded and periodically clamped down on by police.

Asked by broadcaster DR whether the ban, the only one of its type in the country, is partly motivated by Christiania’s connection to cannabis dealing, senior Copenhagen Police officer Tommy Laursen dismissed the connection.

“No. We are currently using considerably more staff in the area than we did before the ban was introduced,” Laursen said.

Under the ban, lingering in the affected areas is banned between 10am and midnight. Failure to comply can result in a fine of 2,500 kroner.