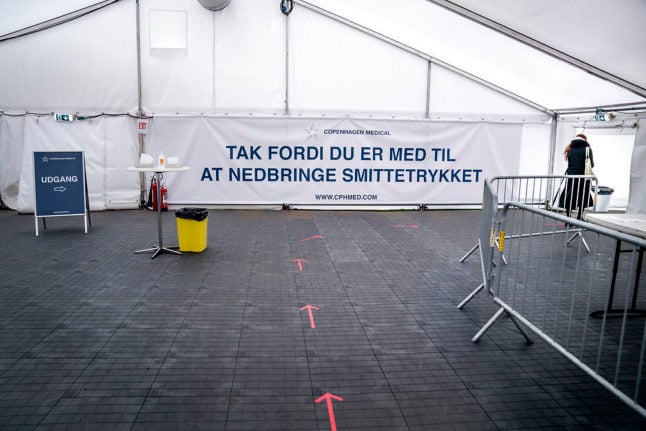 Since then, restrictions on sectors of society including schools and retail have been partially lifted on two occasions, and the government has also announced a plan for a longer-term reopening of society.

Under that plan, which was announced last week, the country hopes to be able to have lifted the majority of all Covid-19 restrictions by the end of May. That is contingent on the current vaccination plan holding – this would see all over 50s vaccinated (should they wish to be) by that time.

IN DETAIL: The coronavirus restrictions Denmark plans to lift, and when they will be lifted

When the first, tentative easing of restrictions was agreed in late February, the government said the decision was taken in accordance with recommendations submitted by an expert group to the Ministry of Health.

Mathematical modelling used by the group worked on a worst-case scenario in which around 870 people would be hospitalised with the virus by mid-April should its recommendations for reopening be followed.

The number is considered to be close to the threshold of the health system’s ability to efficiently cope with patients with the virus.

Tuesday saw the number of Covid-19 inpatients in Danish hospitals increase for the third consecutive day. The figure now stands at 226. Although it dropped under 200 earlier this month, it remains significantly lower than the 870 cited as a possible figure for mid-April.

The most recent daily update includes 722 confirmed cases of the virus amongst 158,909 PCR tests, giving a test positivity rate of 0.45 percent.

Recent weeks have seen a modest increase in the proportion of positive tests, with the positivity rate moving from under 0.3 to over 0.4.

That indicates a mild increase in the epidemic in Denmark, according to Viggo Andreasen, a professor in mathematical epidemiology at Roskilde University.

“This confirms the picture we have has in recent weeks that there is a mild increase in the pandemic,” Andreasen told news wire Ritzau.

“That is a combination of the English [B117, ed.] variant becoming dominant – and it is more infectious and spreads more easily – and the reopenings we have gone through,” he elaborated.

The expert said that, should the upcoming Easter period see an acceleration in the pandemic, there may be cause to reconsider the plan for the later stages of reopening. A new round of restrictions are scheduled to be lifted after Easter, on April 6th. Andreasen does not expect any change to the plans for that date, however, Ritzau writes.

“Increasing infections combined with a lot of uncertainty regarding what Easter will bring make it interesting to see how the infection numbers will look after Easter,” he said.

“As I see it, it could be easy to get into a situation where we have to cancel the next reopening,” he added.

The reproduction rate or R-number for the coronavirus in Denmark is currently 1.1. This means that 10 people with the virus will pass it on to 11 others, causing the epidemic to increase. The figure was also calculated at 1.1 last week.

“Fast and effective local lockdowns are the key to keeping the epidemic in control while we gradually reopen,” he continued, adding a call for people in Denmark to “stick to the good habits” to restrict infections over Easter.