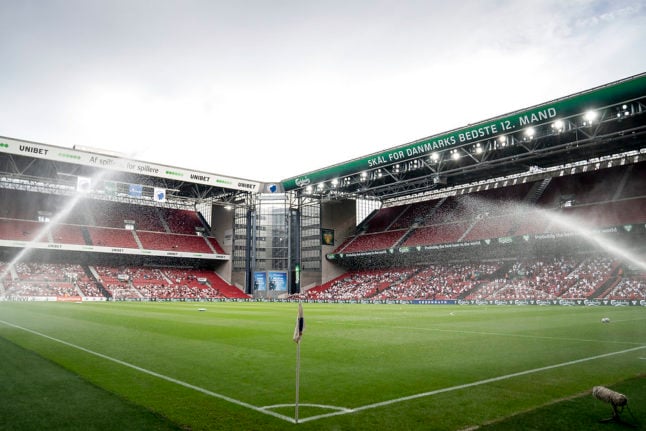 Minister for culture Joy Mogensen made the guarantee in a press statement released on Thursday.

An expert group has been appointed to assess whether Denmark will be able to allow more than the guaranteed number to attend the matches.

“The European Championships in football are a unique and historic event in Denmark,” Mogensen said in the statement.

“The government has therefore decided to allow at least 11,000-12,000 spectators at the four matches which will be played at Parken.

“We will meanwhile look into whether even more spectators can come to Parken if the health situation allows it,” she added.

The European football governing body UEFA has required nation cities to guarantee supporters will be allowed to attend matches at the tournament, scheduled to take place this summer after being postponed in 2020.

Three group stage matches and one quarter final are to be played in Copenhagen.