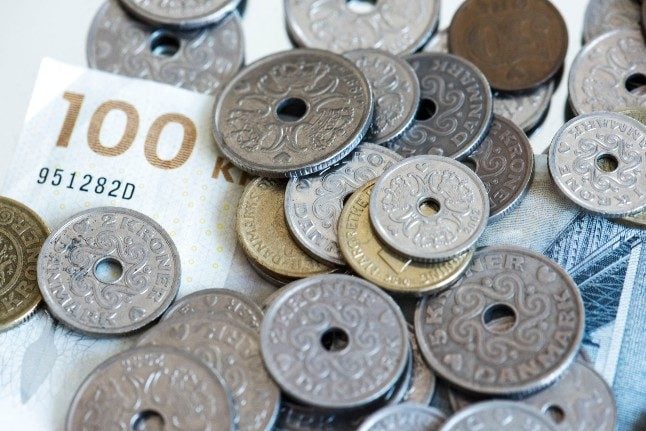 According to Louise Aggerstrøm, a private economist at Danske Bank, somewhat paradoxically, a year of pandemic has left many people in Denmark better off, with spending declining by about 60bn kroner in 2020, while average incomes declined by much less.

“Savings went up quite a bit, so in that sense, I think, there’s quite a bit pent-up demand potential. It might not come out in 2021, though,” she said.

“Looking forward, my prognosis is that, of course, people have the money to spend,” she said. “Many things were impossible due to the lockdowns: no theatres, no restaurants, almost no going abroad. We also have low inflation, and wages growing more than consumer prices, so the majority of the Danish people have not been economically struggling.”

Add in the net 13,451 kroner of previously frozen ‘feriepenge’ holiday money paid into Danish wage earners’ accounts between September and December, and the further two weeks’ worth of the money due before Easter, and people are better off than they’ve been in a long time.

Is the rebound here?

Not yet. The latest Spending Monitor from Dankse Bank shows spending still 13 percent down on February last year, the last month before the first lockdown, reflecting continuing restrictions on retail and restaurants.

When stores did reopen on March 1st, spending shot-up, with retail spending outside grocery stores up 61 percent on the first day shops were open, and spending in physical stores up 300 percent.

Aggerstrøm points out that when restrictions were lifted last summer, people still chose to spend heavily on their homes — buying property, paint, DIY supplies, and buying home entertainment such as consumer electronics. She said she expected continued spending on similar home comforts, even after restrictions are lifted.

“Everyone has kind of been focusing on creating the right environment for themselves at home. And I don’t necessarily think that that’s going to change much going forward,” she said. “But, of course, I hope, especially for some of these very hard-hit sectors that we will get a significant rebound there too.”

She has also noted that last year’s injection of unfrozen holiday pay does not appear to have had an impact on consumption.

“In general, I think the effect of holiday pay in today’s national accounts figures has been disappointing,” she tweeted at the end of February, noting that, with the exception of car sales, consumption had increased by only 0.6 percent, while spending on property had been flat.

What about in the summer?

Aggerstrøm said she doubted that a lifting of restrictions around the summer will see people splurge on foreign holidays, restaurants, and theatre to such an extent that spending would rise above pre-pandemic levels.

“I think a lot of these things that have been closed — restaurants, travel, stuff like that — will rebound. The question is, of course, is it going to be a lot higher consumption than normal? I don’t think so.”

Erichsen agreed: “We will not have the same level of spending as before Covid-19, because there will still be some precaution. It’s like you are in a cage now that is now open. ‘Ooooh, it’s open, do I dare to go out into this dangerous world?’.”

The likelihood that people will continue to need a negative test result that is less than 72-hours old before eating out, or going to the theatre, Zoo or amusement park, she said, would prevent people from spending spontaneously, while also putting off those who remain anxious about infection.

“There will be some ‘ketchup effect’. But it will not splash all over the place,” she said.

Aggerstrøm said she suspected that this summer would be too early for people in Denmark to travel abroad in large numbers for their summer holidays even if restrictions are lifted in many countries, as many people tend to plan holidays long in advance. She pointed to new data showing that Danes had by the end of January already rented 106,200 weeks in holiday cottages in Denmark, more than double the domestic bookings in the same month last year.

The enormous $1.9 trillion stimulus package recently passed in the US, and similar packages in Europe, have led some to worry that the global economy might once again start to see the inflation that was such a problem in the 1930s, 1970s and 1980s, eating into consumer spending power.

Neither Aggerstrøm nor Erichsen believed that this would affect Denmark in 2021.

“There will definitely be more than last year, just because in energy prices are going up, but it’s not going to be so high that it’s going to be a problem,” Aggerstrøm said. “And if it does move higher, then the question will be, is this a one off that we will have for six months, or is it something more permanent?”