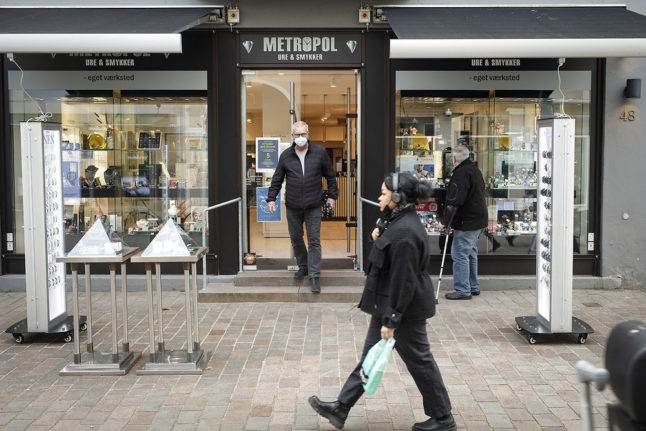 The prime ministers of Denmark and Austria are to agree a plan for common production of future vaccines and co-operation on research treatments with Israel, moving away from sole reliance on the EU.

Danish PM Mette Frederiksen is scheduled to travel to Israel this week, where she will meet with Israel’s prime minister Benjamin Netanyahu.

Here’s that story in full.

Fionnuala D. Ní Aoláin, the UN’s Special Rapporteur on the promotion and protection of human rights and fundamental freedoms while countering terrorism, has criticised Denmark for failing to repatriate citizens in Syrian camps.

The Danish government has refused to repatriate nationals including children from the al-Hol and al-Roj camps in Syria, citing security risks. The adult citizens are in the camps because they travelled to Syria in support of the Islamic State terror group.

Ní Aoláin has place Denmark on a 57-country ‘list of shame’ of nations criticised for not taking citizens back from the camps.

“Denmark has always been an advocate of tolerance, human rights and the letter of the law. But you can’t just preach, you must also practice – including when it’s difficult politically,” the Special Rapporteur said according to broadcaster DR.

Conditions in the camps are “inhuman”, she said.

Queen Margrethe’s 80th birthday celebrations were last year postponed due to the outbreak of the coronavirus pandemic. Events to mark the monarch’s milestone birthday in Aarhus have now been put back by a further 12 months.

“I am pleased that we can look forward from now to a celebratory royal visit in 2022, when we must expect to have the pandemic at a good distance so we once again can plan large events and have a splendid and popular city celebration for our Queen,” Aarhus mayor Jacon Bundsgaard said in a statement.

The Queen will turn 82 next year and will also celebrate her 50th jubilee.