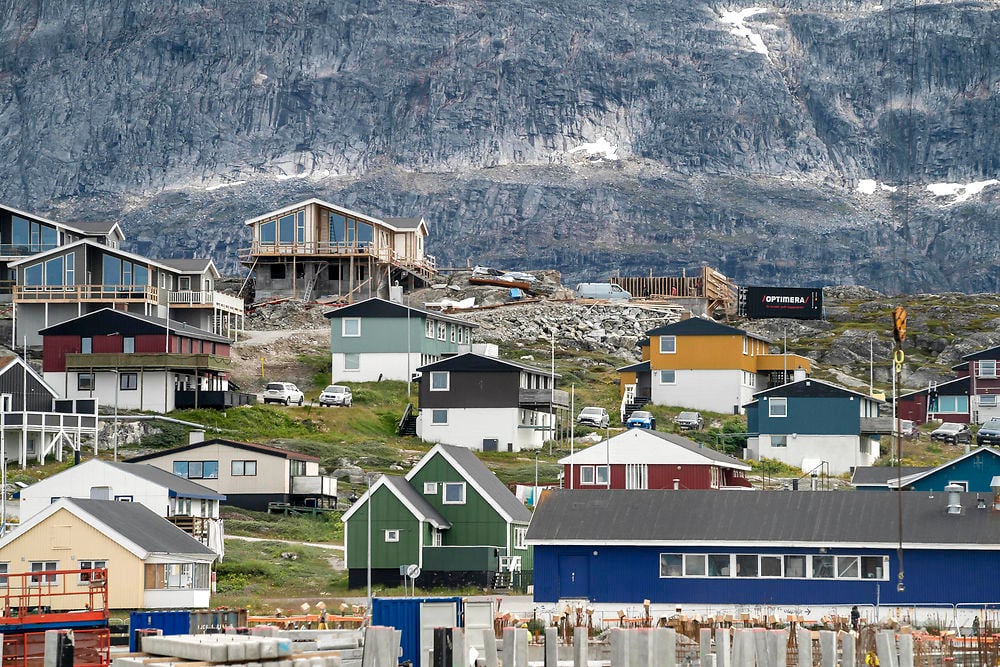 The planned project has wreaked political havoc. On Tuesday, Greenland's parliament voted in favour of holding new elections on April 6th, after a junior party quit the coalition government over disagreement about the mine.

Greenland, which obtained ownership of its mineral reserves when it gained self-rule in 2009, has long harboured hopes that the riches believed to be buried in the ground will help it cut its financial umbilical cord to Copenhagen one day.

Nuuk relies on annual Danish subsidies of around 526 million euros ($638 million), or about a third of its national budget.

The proposed mine in Kvanefjeld, or Kuannersuit in Greenlandic, on the island's southern edge could yield a massive windfall that would supplement its main industry, fishing.

But all that glitters is not gold, warn opponents of the project, concerned the mine could harm the environment in a region already on the frontlines of global warming.

Climate change in the Arctic is both a threat and a boon for Greenland.

Traditional ways of life are threatened by rising temperatures, with retreating sea ice shrinking the season for hunters who head out on the ice with dogsleds.

But warmer waters also mean new fish species are arriving, and on land, the melting ice is also expected to uncover a wealth of minerals.

Attracted by the island's natural resources and geopolitical relevance, former US president Donald Trump offered to buy Greenland in 2019 — a bid swiftly rebuffed by Denmark as “absurd” — while China is investing in projects in the territory.

In 2010, Greenland Minerals, an Australian company backed by Chinese group Shenghe, obtained an exploration licence for the Kvanefjeld deposit.

The vein is considered one of the world's richest in uranium and rare earth minerals, a group of 17 metals used as components in high-tech devices such as smart phones, flat screen displays, electric cars and weapons.

Environmentalists worry however about the impact of large-scale mining, especially the radioactive waste that would be generated by the mine.

After three successive refusals, Greenland Minerals' environmental protection plan was finally approved in September, paving the way for public hearings required before a licence can be issued.

The hearings began in early February and are due to last until June, but controversy erupted from the start when some local government ministers received death threats and chose not to attend.

Police have not disclosed any details about which ministers were targeted, nor by whom.

Just a few days later, the Greenlandic government lost its majority in parliament after the right-wing Demokraatit party quit the coalition, frustrated by indecision on the issue from the largest party, social democratic Siumut.

“The mine issue was the last straw,” University of Nuuk political scientist Maria Ackren told AFP by phone from the Greenlandic capital.

Siumut was initially in favour of the project but has adopted a more reserved line since November when new party leader Erik Jensen was elected, replacing Kim Kielsen — who remains the head of the Greenlandic government for now.

“We are at a pivotal moment with a new generation at the head of Siumut and the Kvanefjeld project is creating tension,” Mikaa Mered, professor of geopolitics at the Paris Institute of Political Studies, told AFP.

Denmark, which maintains control over currency, foreign relations and defence policy, supports Greenland's quest for full independence and has not commented on the debate wracking the territory.

According to economics professor Torben Andersen at the University of Aarhus, the mining project alone would not be enough to make Greenland financially self-sufficient.

“Economic development requires a broader base, and mining and tourism are the potential pillars in such a process,” Andersen, who also chairs Greenland's Economic Council, told AFP.

Yet those two industries could prove to be a tricky combination.

Mining projects could damage Greenland's reputation as a tourist destination, “especially if tourism is targeting customers with a strong preference for 'nature',” he suggested.

But there is “no realistic scenario which does not involve mining activities” if Greenland is to have a solid financial income.

He said “smaller projects may be easier” to combine with tourism.

A possible change of government could delay a final decision on Kvanefjeld — and potentially bury it.

And 141 NGOs recently called on Greenland's government, Denmark and the European Union to declare a moratorium on large-scale mining and oil and gas drilling in Greenland in favour of creating an Arctic sanctuary.

Mered agreed that diversifying the economy into mining, tourism and agriculture was the way to independence.

But for now “the country is proving ungovernable for big projects.”