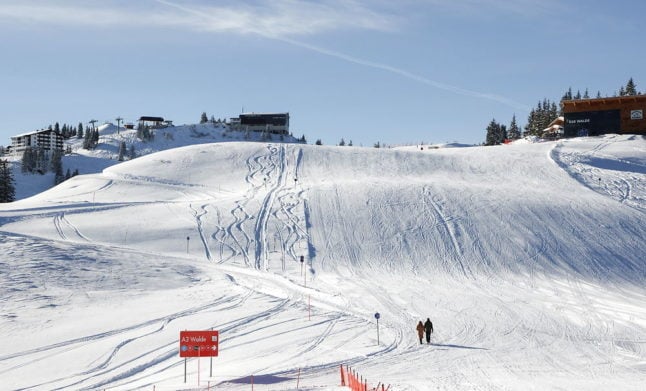 Danes and other foreign nationals have circumvented Austria’s coronavirus entry restrictions in order to use the country’s near-empty ski slopes and gather in breach of rules, according to Danish public service broadcaster DR.

Austria currently has a de facto ban on foreign tourists entering the country for skiing, but nationals of Denmark and other countries have entered the Alpine land by registering as work seekers, according to the report.

Helmut Mall, the mayor in Tyrolian ski resort town Sankt Anton, told DR that he could not put an exact number on the amount of tourists who had entered the region in this manner for skiing, but said there were around 300 seasonal workers in the town including “a good number of Danes”.

“Since Christmas, more and more foreigners have come here. Around 10-15 per day,” Mall said.

“They say they are looking for seasonal work. But Austria is closed down because of corona. Ski tourism has been left fallow. There’s no work to look for here,” he added.

According to the report, visitors have been observed using the ski slopes, even though only local Austrian residents are currently permitted to use them.

“You can find current pictures on social media where 30-40 young people are partying illegally,” the mayor told DR.

The issue is already causing anger in Tyrol, which is reportedly one of the most hardest-hit in Austria by mutated, more infectious forms of Covid-19.

“Young Swedes, Danes and Brits are having apres-ski parties in Sankt Anton. And we are naively guessing at how the B117 and South African variants have been able to spread in Austria,” journalist Isabelle Daniel tweeted.

Local authorities are also being criticised in the area, in which the resort town of Ischgl – an epicentre of the early stages of the European outbreak of Covid-19 last year – is also located.

“Question for the interior ministry: How often have you checked whether the lockdown is being complied with in Tyrol and Vorarlberg? How many fines have been issued? The mayor of Sankt Anton apparently knows about Brits with false address registrations and hotels that are open. Farce!,” journalist Jakob Winter tweeted.

Travelling within the EU for work purposes is legal under the EU’s free movement laws. DR’s report suggests that British nationals in Tyrol are likely to have arrived prior to the end of the Brexit transition period on December 31st 2020.

It is possible to register a secondary residence in Sankt Anton with a signed confirmation from a local landlord and then register as seeking work, according to the report. As such, travel into Austria for work purposes is possible, the broadcaster writes. Entry quarantine rules must still be observed. Hotels are required to remain closed under current restrictions.

Some of the around 300 foreign seasonal workers currently registered in Sankt Anton arrived before Christmas, Mall noted.

“At that time we thought that ski tourism would reopen in January. Others came once it became clear the lockdown would continue,” he told DR.

“I would like to say to young Danes who want to go skiing in the Alps: Stay home! You are more than welcome once we have put the pandemic behind us,” he also said.