The cost of family reunification in Denmark for spouses and partners from non-EU countries is so high that it could put relationships under strain and contribute to inequality, critics say.

The cost for international couples who want to settle down in Denmark remains comfortably over 100,000 kroner in 2021, despite evidence charges in place since 2018 are ineffective and costly to administer.

A Danish partner in an international couple said she was worried about the long-term effect of the heavy financial burden on relationships, while a report has found that an expensive bank guarantee required under immigration rules is an administrative drain on municipalities and is rarely used.

Non-EU national partners of Danes face initial outlays well in excess of 100,000 kroner (€13,400) if they are permitted to move to Denmark to live with their loved one.

According to figures from the Danish Immigration Service (Udlændingestyrelsen), the bank guarantee, which must be paid in order for a foreign partner to be granted residence under family reunification rules, is set at 106,120 kroner (€14,265) as of January 2021.

The money can be placed with a bank under guarantee to transfer it to local authorities in the municipality in which the applicant lives, if needed. Alternatively, it can be put in an account from which the municipality can draw funds. According to the Immigration Service website, municipalities can draw from the fund to pay for costs such as unemployment benefits, if the family reunified person needs them.

After 10 years – the usual point at which permanent residency can be granted – the guarantee is no longer required, but it must remain in place until this time.

In addition to the bank guarantee, the one-off fee for applying for the reunification of a partner is 9,460 kroner (€1,270).

Once family reunification is granted, the foreign national must pass language exams within certain deadlines in order for the temporary residence to be extended. The two language tests, A1 and A2, cost 2,820 kroner (€380) each. If they are passed, a portion of the bank guarantee (21,224 kroner for A1 and 10,612 kroner for A2) can be reclaimed.

It can take up to seven months to process an application for family reunification. In addition to fronting up funds for the various costs, the couple must fulfil stringent criteria in order for family reunification to be granted. These include (but are not limited to) criteria relating to age, previous visits to Denmark, education and work history and language skills.

Additionally, an applicant for family reunification may not work while their application is being processed, despite the self-sufficiency criteria.

Line Boe Grumstrup, a Danish national who met her fiancé in Malaysia in 2019, told The Local she feared the rules could have a long-term impact on her relationship.

Grumstrup hopes to marry her partner Adham, a national of Yemen, in Denmark and apply for family reunification. The couple already face significant challenges posed by the Covid-19 pandemic and Danish visa rules. Should these be overcome, they must then tackle the daunting prospect of meeting the financial demands of family reunification.

The high costs risk creating inequality between Danes who can and cannot afford for their partners to move to Denmark, she said.

“I see the increase (in the bank guarantee) as an obstacle for Danish citizens, as it splits us into ‘A’ and ‘B’ teams,” she said via email, pointing out that only those who are affluent enough will be able to successfully apply for family reunification.

“For us, the high bank guarantee means we need a certain amount of savings before we even start trying to apply for family reunification under the Danish rules,” she added.

Grumstrup pointed out the rule against either reunified partner being allowed to receive benefits from the Danish state under the law known in Danish as Aktivloven (Activity Law).

“As a family reunified couple we may not receive public benefits. That also applies to the Danish citizen, i.e. me, even though I’ve paid into the Danish social safety net all my life,” she said.

“This means that if I go on sick leave, lose my job or be unlucky enough to need unemployment benefits [Danish: kontanthjælp, ed.] or need any other form of support mentioned under the Activity Law, my partner would be deported from Denmark at that time,” she explained. 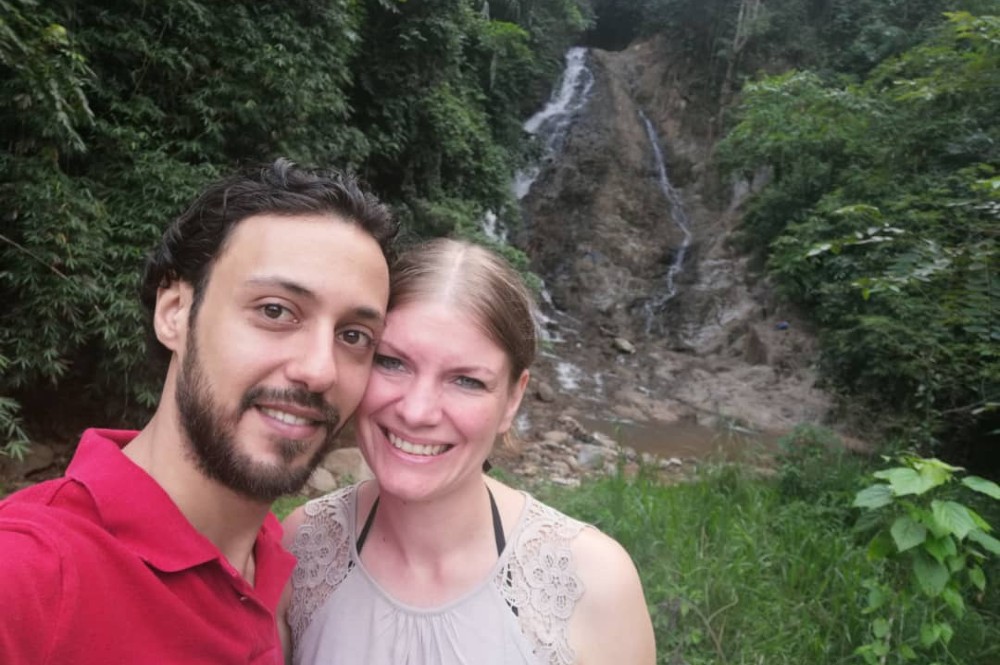 Line Boe Grumstrup says she is concerned about the long-term impact on her relationship of family reunification costs. Photo: supplied

In a 2018 study, NGO Ægteskab uden grænser (Marriage without Borders, ÆUG) asked Denmark’s 10 most highly populated municipalities how many family reunification bank guarantees were currently under their auspices and how often the municipalities drew upon the guarantees.

Based on this sample, the organisation found that the municipalities withdrew an average of just 126 kroner annually from the guarantees during the years 2015-2017. They spent an average of 470 kroner per guarantee administering the funds (not all municipalities were asked for details on administration costs).

Additionally, the report found that an average of 1 in 300 family reunified individuals received state welfare that resulted in their municipalities drawing from the guarantees.

ÆUG subsequently called for the scheme to be scrapped and accused it of being in breach of article 14 of the European Convention on Human Rights.

“Article 14 forbids discrimination on the basis of aspects including personal fortunes, and the ability to put up the bank guarantee is closely associated with personal fortune,” the organisation wrote in its report.

“The bank guarantee means on a personal level for us and our wedding that we can’t have the big party with friends and family that we, like so many other couples, dream of,” Grumstrup says.

“If we were a Danish-Danish couple, we’d be able to enjoy planning the wedding and being in love and give that all our attention.

“We can’t do that now, because we simply can’t afford it,” she adds.

The requirement has also been criticised for having no practical effect because foreign nationals resident under family reunification rules are likely to lose their residence status anyway if unemployed, rendering the need for social welfare benefits moot.

“You will be thrown out (of Denmark) if you receive benefits. We support that, but I don’t believe anything else is needed. (Losing residence) is the ultimate punishment. I do not think the bank guarantee has any effect,” Andreas Steenberg, immigration spokesperson with the centre-left Social Liberal party, told newspaper Berlingske in October 2020.

The newspaper meanwhile reported that the Copenhagen Municipality had not drawn money from the guarantee system a single time in 2020, but spends 1.3 million kroner on its administration.

In a written comment to Berlingske, immigration minister Mattias Tesfaye defended the requirement.

“I want to avoid the rest of society ending up with the bill if the foreign spouse needs economic support from the municipality,” Tesfaye wrote.

The minister added he believed the rules have a “clear preventative effect”.

“The amount can also be reduced if you pass Danish tests, so it also helps motivate people to learn Danish,” he added.

Grumstrup said it is “fine that we have to be self-sufficient” but that “when I hear the guarantee is largely never used but is in fact costly for municipalities to administrate, I can’t see the point of it”.

She noted the other costs involved in family reunification and requirement for self-sufficiency through regular income meant that, even without the bank guarantee, the economic challenges involved remain daunting.

“I’m concerned that Adham and I will also be ground down by it eventually or that it will overshadow our everyday lives so much that it will take all of the energy out of us and our relationship,” she said.