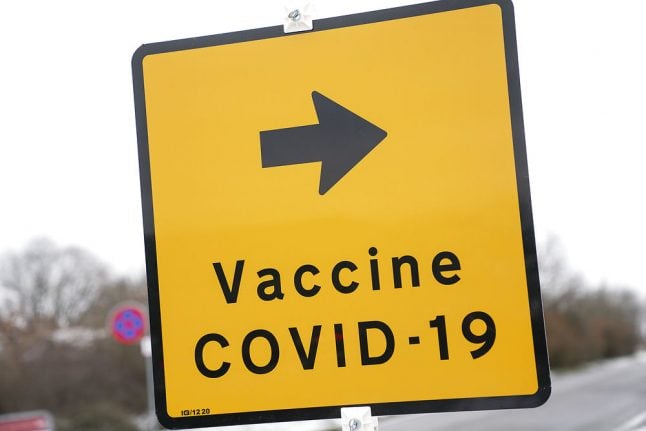 Foreign nationals legally residing in Denmark can expect to be offered the vaccine at some point within the current months, depending on which priority group they fall into for inoculation.

I’m a foreign national living in Denmark. Can I get the Covid-19 vaccine?

The Danish Ministry of Health has confirmed that foreigners who legally reside in Denmark will be offered the vaccine.

“Denmark offers free vaccination against Covid-19 to all persons the vaccine is approved for, and who have a residence in Denmark,” the ministry’s press and communication department wrote in an email to The Local.

The vaccine will also be offered to people who have “the right to vaccination services during a stay in Denmark pursuant to EU law or international agreements,” they added.

In addition to foreigners with legal residency, the Ministry of Health also intends to offer vaccination to certain other groups who do not have official residence.

“In addition, the Ministry of Health is now looking into how to ensure that some specific groups of people without residence in Denmark can also get access to vaccination against Covid-19,” the ministry told The Local.

People who could be offered the vaccine within this category may include “certain diplomats, persons from the Faroe Islands and Greenland, homeless people, unregistered migrants, etc. who do not have access to vaccination pursuant to other legislation,” they stated.

How will I know when I can be vaccinated?

Most people will be informed that they can book a vaccination via an email sent to them via the secure digital mail system Eboks. If you are exempted from digital communication with the authorities, you will receive a letter in the mail. A smaller number may be informed by their employer, doctor or local municipality.

Once you have received notification, you can book an appointment via vacciner.dk. The website is available in English. You will need to log in using the secure NemID digital signature.

Vaccination centres are being opened across the country and new appointment times are added to the system as capacity increases and more doses are delivered – so keep checking back if availability appears limited initially.

The Danish Health Authority advises arriving at the place where you will be vaccinated as close to your allotted time as possible. You must wear a face mask and bring the yellow health insurance cars (Danish: sygesikringsbevis).

When will I receive notification?

As described below, this depends on which level of prioritisation you fall into, but according to the Danish Health Authority’s vaccine plan, the final groups could begin to be offered the vaccine in April. Many will also begin vaccination in the intervening months.

The authority hopes to have vaccinated everyone, including with the second dose, by the end of June. Around 90 percent of those offered the vaccine are expected to take it, according to SST figures based on data from municipalities.

The prognosis is dependent on supply and the expected approval of vaccines from other suppliers to add to the two already in use, the Pfizer and Moderna vaccines.

Latest figures at the time of writing show that Denmark has now administered 147,115 Covid-19 vaccinations, around 2.5 percent of the population.

What’s the order of prioritisation?

The prioritisation for vaccination as set out by the Danish Health Authority places people who live in care homes first in line for receiving the jab. Vaccination of this group has already been completed, according to reports – in other words, everyone who lives in a care home in Denmark has been offered the vaccine and those who wished to have it has received the first jab.

Children under the age of 16 and women who are pregnant or breastfeeding will not be offered the vaccine unless medical assessment finds this to be necessary – for example in cases of serious disease.