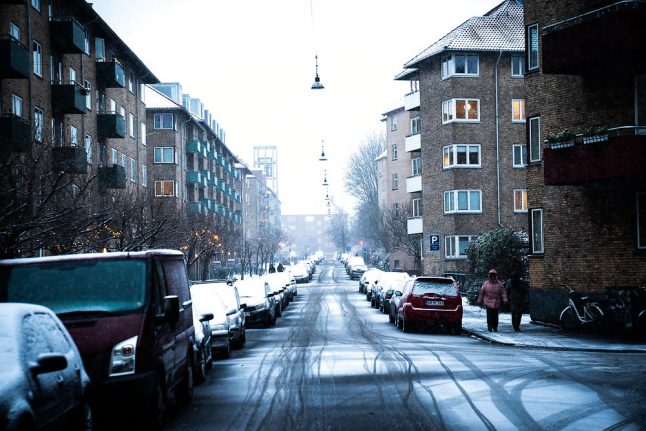 The more infectious variant of Covid-19, cluster B117, is likely to become the dominant form in Denmark, health authorities said on Tuesday. The variant was first detected in southeastern England last month.

In response and in an attempt to head off a new surge in cases, Denmark is reducing the maximum number of people allowed to meet in public from 10 to 5, and has scaled up social distancing rules.

You can read full details of the announcement here and more here on the new assembly limit.

A new and more infectious variant of Covid-19 has also emerged in South Africa, and the government has decided to ban all residents of the African country from entering Denmark until January 17th, the Ministry of Justice has confirmed.

The variant found in South Africa is different to the B117 form first reported in the UK, but is similarly thought to be more infectious than regular forms. It is yet to be detected in Denmark, Henrik Ullum, head of the State Serum Institute said yesterday.

We’ll have full details on the South Africa travel ban in an article later this morning.

An independent legal report, scheduled to be published today, could play a decisive role in deciding whether former immigration minister Inger Støjberg faces a special impeachment court (rigsretssag), assembled by parliament, over an illegal directive she issued while in charge of the ministry in 2016. She was found last month to have misled parliament regarding the matter.

Støjberg was last week forced from her most recent position as deputy leader of the Liberal party over the scandal.

Frosty winter weather on the way

The first snow of the winter is expected to fall across the country today. Temperatures are forecast to drop to 3 degrees Celsius below freezing, meaning the snow is likely to settle in many areas.

Some parts of the country, including North Jutland, have already had a prelude to the icy weather with snowfall yesterday. The snow is expected to fall in the east of the country today before heading towards Jutland.

Motorists are advised to be careful due to potentially icy roads.