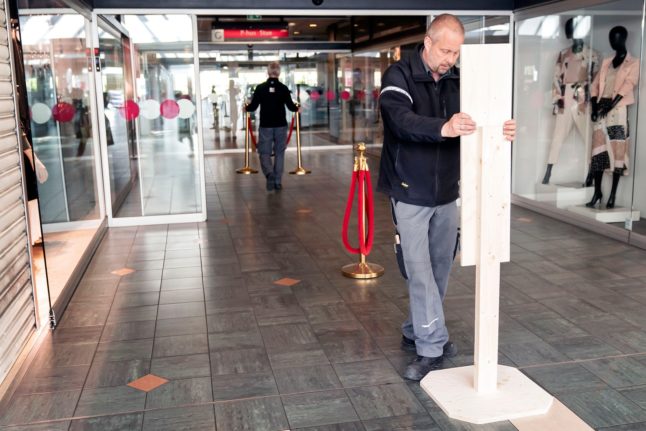 Rødøvre Centrum when it reopened in May following the spring lockdown. Photo: Linda Kastrup/Ritzau Scanpix

Denmark's controversial former immigration minister Inger Støjberg has resigned as deputy chairman of the opposition Liberal Party after the party's leader said he might support a court case against her.

“This is not the first time Inger has gone against the line that the Liberal Party and I have set,” the party's leader Jakob Ellemann-Jensen said in a statement on his Facebook page.

After the announcement there was speculation in the media that Støjberg would resign from the Liberal Party and join the Danish People's Party or New Right Party. Here's our story.

Denmark has already given 13,331 vaccine jabs

Denmark has already given 13,331 people their first dose of the Pfizer-BioNTech coronavirus vaccine, about 0.23 percent of the population, the country's infectious diseases agency SS1 said on Wednesday.

The number of people being treated for coronavirus in Denmark's hospitals has meanwhile risen by a 26 to a reach a new record of 926, while a further 30 people have died with coronavirus.
In one positive sign, the proportion of positive tests for coronavirus was just 2.55 percent, with 2,783 people testing positive out of 108,942 tests taken, the lowest proportion since December 25th.  Here's our story.
Danish shopping malls stress that they are still open despite lockdown
Shopping malls in Denmark have contradicted a statement by the country's prime minister, Mette Frederiksen, that they are all closed under the current lockdown, pointing out that supermarkets and pharmacies in shopping centres are allowed to remain open, and restaurants are still open for takeaway food and drinks.
Jesper Andreasen, chief executive of the Rødovre Centrum put out a press release on Wednesday explaining that 20 of its 160 stores are open.k
Grocery stores and pharmacies are still allowed to stay open, just as restaurants are allowed to sell food out of the house. In Rødovre Centrum alone, which normally has 160 stores, 20 of the stores are still open.
Frederiksen's statement, he said, was “absolutely wrong”.
“It's not the centre that is closing down. It is the shops that do not sell groceries.”