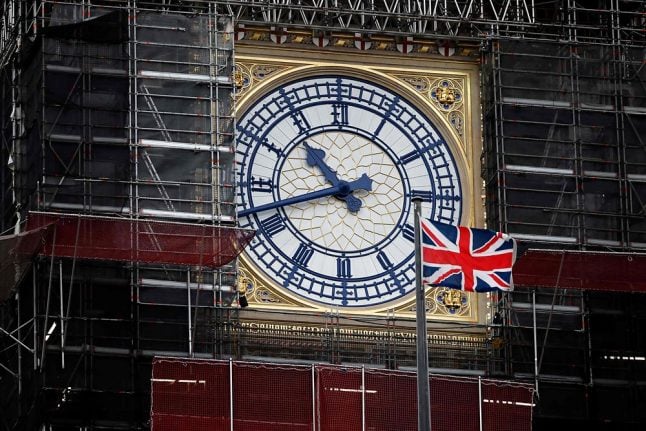 Last month, the agency issued notification of steps UK nationals in Denmark must take to maintain their residency after Brexit – including those who already have legal residence in the country.

READ ALSO: Brexit: What Brits in Denmark need to do before and after December 31st

Everyone who is legally resident prior to December 31st, 2020 has the right to stay, but must submit an application for a new residence status in accordance with the Withdrawal Agreement between UK and the EU. This must be done some time in 2021, SIRI says in a new circular sent this week to UK nationals in Denmark.

Any Britons in Denmark who have dual Danish nationality or dual nationality with an EU or Nordic country or Switzerland are not affected – but everyone else is.

The exact dates at which the applications should be submitted are spread across the year so as to prevent a backlog. You will keep your right to reside in Denmark up to the point you send your application as well as while it is being processed.

These dates have now been confirmed by SIRI in a new circular sent to British residents via the eboks secure digital mail system.

The year of your birth determines when you (and your family members, if they are resident in Denmark due to your status) should submit the application.

Families applying together should do so according to the oldest member’s year of birth.

The list below shows the relevant months for application.

Cross-border workers from the UK will similarly need to apply to confirm their status in order to continue to work in Denmark and live in the UK or another EU country without a work permit. People applying on this basis can submit their application at any time during 2021.

Do I need to submit anything I might not already have?

Yes, unfortunately you do. In addition to the regular types of documentation you would have had to provide with an EU free movement application, you will also need to submit biometric data for the residence card.

That means you will need to get your biometric data recorded at one of SIRI's five branch offices, located in Copenhagen, Odense, Aalborg, Aarhus, and Aabenraa.

More information will be provided about this documentation, as well as the procedure for submitting biometrics, on the forthcoming application platform, according to SIRI.

The agency states that it is “very important” that the application schedule is complied with.