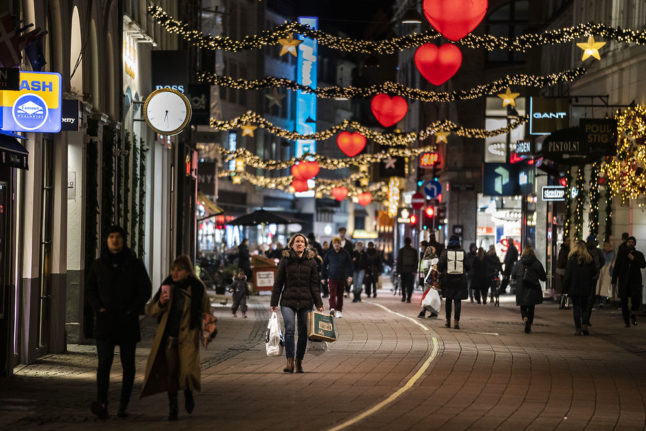 The Covid-19 situation in Denmark has become as critical as it was during the spring wave of the epidemic.

Prime Minister Mette Frederiksen announced last night that the country will be “practically closed down” from December 25th, with some measures to take effect as early as today.

Shopping centres and shopping arcades will close today, while businesses such as hairdressers, physiotherapists and driving schools will close from Monday December 21st.

All retail businesses, with the exception of supermarkets, pharmacies and other stores which sell daily essentials, will be closed from December 25th until January 3rd.

Frederiksen called the current coronavirus situation “very serious”, adding that just under half of Denmark's Covid-19 hospital beds are now in use.

You can read the details of the lockdown and announcement in our report.

A long-awaited new law is to be passed today, reforming sexual violence laws to make consent rather than violence the basis for determining rape.

A parliamentary majority will vote the new law through at 10:30 this morning, an event set to be celebrated by women’s organisations, activists and rape victims outside the Christiansborg parliament.

Earlier this year, the Federation of Danish women said the law would be a “historic victory for legality and the right to take sexual decisions”.

A similar law has been in place in Sweden since 2018.

The government is to negotiate with unions and employers’ associations over ways in which to fight sexual harassment at Danish workplaces.

The talks are just one of 14 different initiatives recently announced by the government in a broad plan to tackle the issue.

Denmark saw a resurgence of the #MeToo debate in the late summer and autumn which proved to have a far greater impact in the country than the original 2017 movement.

The government is suspected – by its own political allies in parliament – of withholding a 2019 report by police intelligence agency PET on Danish children in camps in Syria.

According to the report, the agency concluded in 2019 that the children – who are in the camps because their parents travelled to Syria to support militant groups – do not pose a threat to Danish security. But it was not made public by the government until March 2020.

The government has resisted repatriating Danish nationals, including children, from the Syrian camps.

The story was first reported by newspaper Ekstra Bladet based on information provided by confidential sources. We’ll have more on this in an article later today.