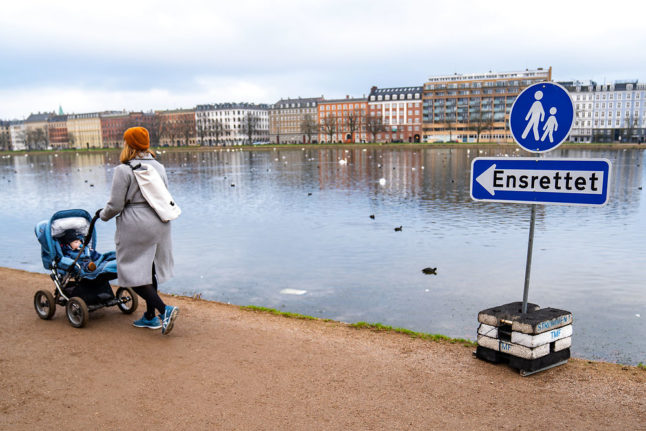 Tougher punishments for abuse of fireworks

Harsher penalties are to be introduced for people who set off fireworks at police or other emergency services or at passers-by on the street.

A parliamentary majority has approved a proposal to make punishments meted out for such offences a third more severe than they are currently.

Denmark restricts the sale of fireworks so they can be purchased from December 15th until New Year’s Eve and set off from December 27th, though they can often be heard before this date.

READ ALSO: Why does Denmark go so crazy for New Year's Eve fireworks?

The former minister of immigration and integration, Inger Støjberg, misled parliament after she issued an illegal order to separate certain married couples at asylum centres, an official enquiry concluded in a report released yesterday.

It’s unclear what the consequences will be for Støjberg, but DR reports this morning that a parliamentary majority is in favour of allowing independent lawyers to review the case. The former minister could receive an official parliamentary rebuke, known in Danish as a næse (literally, ‘nose’) or, more seriously, face a special impeachment court (rigsretssag) assembled by parliament.

The latter is a rare occurrence – but it is also rare for ministers to give illegal orders. But an illegal directive was also issued recently by the current government when it ordered healthy minks to be culled in November.

Commenters have already observed how Denmark’s two main parties, the Social Democrats and the Liberals, are now (oppositely) calling one offence a ‘mistake’ and another ‘breaking the law’, depending on which side committed the wrongdoing.

The head of Royal Danish Academy of Fine Arts has been sacked over the drowning of a bust of a former king in a Copenhagen canal.

The action, which was initially called a “happening,” was carried out anonymously at first before an employee at the school admitted she was behind it.

More on that story here.

An increase of 53 million working hours was logged in Denmark in the third quarter, a 5.7 percent jump from the second three months of the year, much of which was spent under lockdown.

Although that appears to suggest some degree of economic recovery, total working time is still 1.3 percent lower than it was before the pandemic, Statistics Denmark data shows.