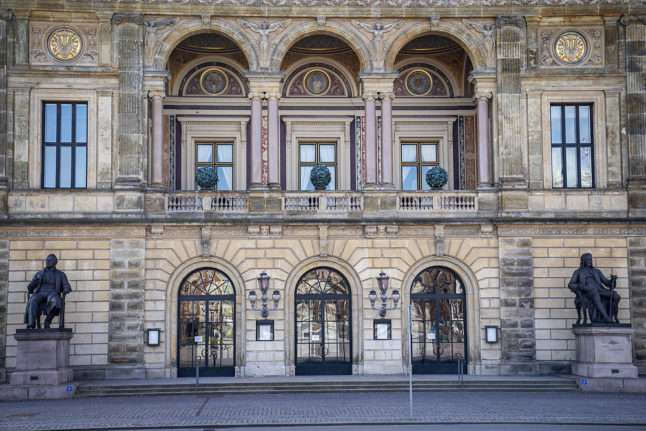 Denmark will no longer look for oil to drill in the North Sea, after a majority in parliament voted against the continuation of such exploration, media including DR report.

Fossil fuel activities by the Danish state will cease completely by 2050, according to the deal passed yesterday evening by parliament.

In the meantime, limited drilling in already-active areas will be allowed to continue.

More musicals on the programme at Royal Danish Theatre?

A new political agreement is set to fall into place today, providing a framework for funding of the Royal Danish Theatre (Det Kongelige Teater).

Culture minister Joy Mogensen could be granted her wish of securing more musical productions at the national theatre – something conservative parties have opposed. Politiken has this story in more detail.

Why Denmark is failing to treat international students equally over residency

We’ve recently reported some of the struggles which have resulted in well-qualified international students leaving Denmark after graduating, even though they would have preferred to stay.

A recent bill tabled by the Social Liberal party seeks could balance the scales a little by giving education equality with full time work in assessment of residency applications. We’ll have a feature on this on our home page later today.

Ted Hui, an opposition pro-democracy lawmaker from Hong Kong who was this week in Denmark, announced on Thursday he had chosen to go into exile.

Hui was one of 15 opposition lawmakers who resigned en masse last month to protest Beijing's decision to oust four colleagues because of their political views.

“I just finished my three-day visit to Denmark and I hereby announce that I will go into exile and quit the Democratic Party of Hong Kong,” Hui wrote on Facebook. He said he has yet to seek asylum in any country.

A Jyllands-Posten columnist has criticised the Danish government in sharp terms for not meeting with Hui while he was in the country, describing it as “shocking witness to the Social Democrats’ subordination to China”.

Hui did meet with other parliamentarians, from both the left and right, as well as former PM and Nato general secretary Anders Fogh Rasmussen during his visit, according to the column.