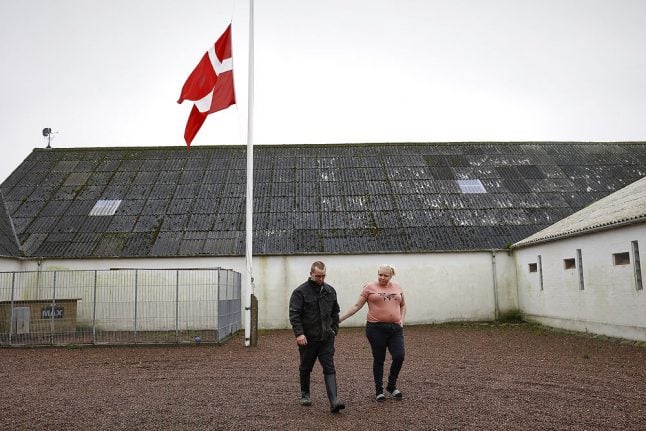 A mink farm near Løkken, North Jutland, with its flag flying at half mast. Photo: Claus Bjørn Larsen/Ritzau Scanpix

The country is to commence the culling as “soon as possible,” police chief Thorkild Fogde said on Wednesday, adding that with 15 million to 17 million minks spread over 1,080 farms it was “a very large undertaking”.

Although the majority of cases have been detected in the northern part of Jutland, all minks in the country will be culled.

Meanwhile, residents in North Jutland will be asked not to leave their home municipalities due to concerns over the spread of the mutated form of coronavirus.

Seven municipalities with confirmed coronavirus cases in mink are to be encompassed by restrictions asking residents to remain within municipal limits as far as possible.

Why is the situation so concerning?

The mutation “could pose a risk that future (coronavirus) vaccines won't work the way they should”, Prime Minister Mette Frederiksen told a press conference, adding that “it is necessary to cull all the minks”.

That statement is alarming when unpacked: could a new version of coronavirus emerge from North Jutland as it did from Wuhan in January, resetting international efforts to develop a vaccine and beat the pandemic, and leaving Denmark a global pariah?

“In a few instances, the minks that were infected by humans have transmitted the virus to other people. These are the first reported cases of animal-to-human transmission,” the WHO said in a statement sent to news agency AFP.

The novel coronavirus has been detected at 207 Danish mink farms, including some cases with a mutated version that has been confirmed to spread back to humans.

Twelve people were registered as infected with a mutated form of the coronavirus, but the real number is likely to be far higher.

Up to four or five percent of infections in North Jutland may be with a specific mink mutation of coronavirus that is concerning authorities due to its potential to be resistant to a vaccine.

Health authorities have concluded that the mutated virus “is not inhibited by antibodies to the same degree as the normal virus”, according to AFP.

“Studies have shown that the mutations may affect the current candidates for a Covid-19 vaccine,” health minister Magnus Heunicke said.

“It is a threat to the development of coronavirus vaccines. That is why it is important that we make a national effort,” he added.

That statement, along with Frederiksen's comments and the subsequent announcement of regional restrictions, sent waves of concern through Denmark on Wednesday and Thursday.

Political editor at Avisen Danmark Thomas Funding wrote that the “outbreak of Covid-19 in mink looks like a regular catastrophe for Denmark”, making reference to a number of possible consequences including the impact on the economy of effectively ending the mink industry in Denmark – at least for the foreseeable future. A potentially more disastrous outcome is that Denmark could “unwillingly be the cause of a new variant of corona being let loose not just in our own country, but in the rest of the world”, according to Funding.

“We could be known as the country that ruined the last half a year of vaccine work,” he added.

A failure to contain the new variant of virus could not only severely damage Denmark's international reputation, but also result in Danes being “denied entry to all the countries of the world”, Funding describes as being a concern of the Danish foreign ministry.

In an article published by the same media early on Thursday – before the North Jutland measures were announced – virologist and professor at the University of Copenhagen Allan Randrup Thomsen called for the northern part of Jutland north of the Limfjorden waterway to be isolated from the rest of the country, in order to contain the new mutation.

“My view would be that it is necessary to isolate the area north of Limfjorden from the rest of the country. Anything else would be to leave the stable doors open so the horse can bolt,” the virologist said.

“If we can seal off the area north of Limfjorden for a period until all the mink are gone and we have stopped chains of infection between people I would be reassured. But it's clear something must be rolled out now before it spreads more,” he said.

The measures announced on Thursday do not go as far as a full travel ban in and out of the region, but rather ask residents in seven North Jutland municipalities to remain in their home administrative areas. Restaurants, sports and cultural activities are to be closed for the next four weeks.

In his comments to Avisen Danmark, Thomsen also recommended restricting movement within municipalities in North Jutland.

“People should stay close to their local area until there's no significant infection left. You can ensure that by, for example, saying that residents in the affected municipalities should not travel more than five kilometres from their homes, to bring the virus under calm,” he said.

“Some of (the suggested responses) could end up being quite drastic, but it's important we get control of it. Not due to consideration of the virus here and now, but for the future perspective when we get vaccines,” the professor elaborated.

The right response could see the mutated virus contained in around three or four weeks, he said.

What do I need to know about the mutated virus?

“The worst case scenario is that we have a pandemic that starts from the beginning with its origin point in Denmark,” Kåre Mølbak, technical director with the State Serum Institute (SSI), the country's infectious disease agency, said during Wednesday's briefing.

Mølbak, whose comments were reported in detail by Information, said that around half of all people in North Jutland who currently have coronavirus are infected by a mink variant of the virus. An SSI update from two days ago shows infections in the region at 4,139.

But not all of those infected with mink variants have the type which is concerning health authorities. Only nine percent, in fact, are estimated infected with the specific mutation – termed 'cluster 5' – which, according to SSI, weakens the effect of antibodies and therefore also a possible vaccine. As such, around four or five percent of infections in North Jutland could have the mutation in question.

Denmark orientated the WHO, the ECDC and the EU Commission as to the situation on Thursday.

We are aware of reports from #Denmark of a number of people infected with coronavirus from mink, with some genetic changes in the virus. We are in touch with the Danish authorities to find out more about this event. #COVID19

“We have a responsibility to the rest of the world and we therefore must take the situation seriously,” Frederiksen said.

Mølbak said he believes it is possible to contain the mutated 'cluster 5' virus and stop it from spreading from Denmark to the rest of the world.

“One thing is to remove the minks so no new introductions occur. The other thing is to ensure limitation of infection in the community,” he said, noting that the R-number or reproduction rate for Covid-19 in the North Jutland health authority region is currently “just a touch over 1”.

Hans Jørn Kolmos, a microbiology professor at the University of Southern Denmark, sounded a less reassuring note in his comments to Information.

“The danger is far from over, because mutations are still occurring out there as we speak. And it will take a long time to cull all the (mink) populations,” he said.

“So you have to say that if we are lucky, we can contain it, but there is a clear risk of this spreading further. I believe it will be controlled, but action must be taken now,” he said, also before the announcement of the North Jutland restrictions. 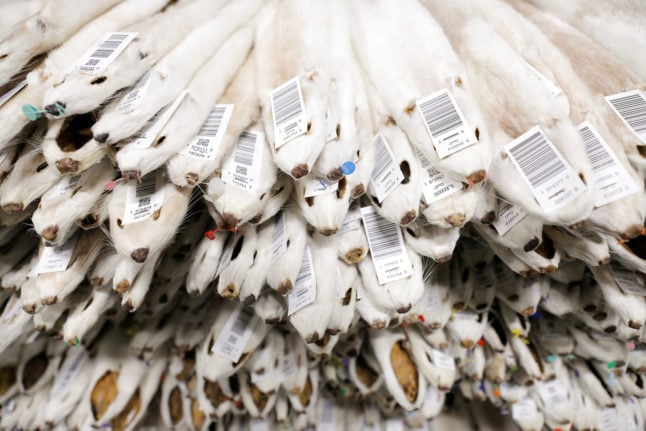