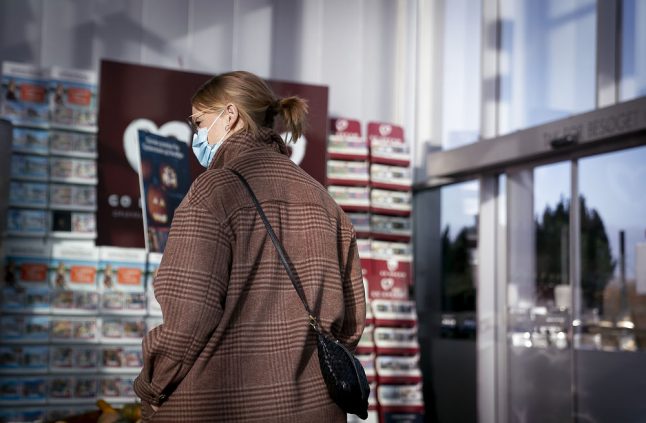 Extended face mask requirements came into force last week, and the stark change was clear to see in supermarkets from Brædstrup to Copenhagen.

But it’s not just shops that now require the use of the protective equipment. All indoor public places are encompassed, and that means authorities had to set out guidelines for their use at universities, schools and childcare facilities.

This has now been corrected by the Ministry of Children and Education, which said in a statement that teachers and childcare staff (pædagoger in Danish) are not required to wear visors while at schools or childcare facilities, but may do so if they wish. However, they are not allowed to wear face masks at all, because these prevent children from seeing adults’ facial expressions.

Far right anti-immigration party Nye Borgelige (New Right), which has a handful of seats in parliament, wants to print cartoons of the prophet Mohammed in Danish newspapers in response to Islamist violence and murders in France, sparked after a teacher was killed for showing the cartoons to his students.

Danish media have generally been supportive of the plan, in keeping with Denmark’s tradition of upholding free speech – even if the message is disagreeable – but some have hesitated to agree to print the cartoons out of safety concerns for their staff.

Nye Borgelige is now in talks with French satirical weekly Charlie Hebdo over getting permission to print the cartoons before moving forwards with the plan to print them in Danish newspapers.

The government is trying to find ways to achieve climate goals it set itself last year, which are beginning to look increasingly unattainable. But a goal of 700,000 electric cars on the roads could become a part of the road forward if a new government target is added, according to newspaper Information.

The figure of 700,000 looks on initial glance to be a compromise between environmental, business and economic assessments on how to reduce fossil fuel use in the private transport sector.

Half a million kroner raised for mother after loss of daughter

In a story so terrible it doesn’t bear thinking about, over 500,000 kroner have been raised in support of the mother of a five-year-old girl who was tragically killed in a hit-and-run incident in Copenhagen last week. The little girl lost her life when she and her mother were run over by a car in Frederiksberg. The mother survived the crash.

Since then, a collection started by parents from the kindergarten attended by the girl have raised funds to help her mother to get the help she will need. The original target for the collection was 25,000 kroner, DR reports.

A 21-year-old man who fled the scene of the accident was arrested a few days later and is now remanded in custody. He is suspected of aggravated manslaughter.

Falck, a private company which operates healthcare, assistance, safety services and emergency assistance, is to offer coronavirus tests which provide answers within 15 minutes.

The tests, which work by detecting antigens, are to be offered for the price of 299 kroner at six testing centres in Denmark, DR reports.

“Private individuals can come to our six test centres across the country and get a test with an answer within 15 minutes,” head of quality Martin Belzer told DR.

The fast-response tests are, however, less sensitive than the regular PCR tests used in the normal Danish testing system, the broadcaster writes. A professor and specialist from Copenhagen's Rigshospitalet told the broadcaster he would “not initially recommend” the private test.

Denmark has registered record numbers of new cases of coronavirus in recent days.