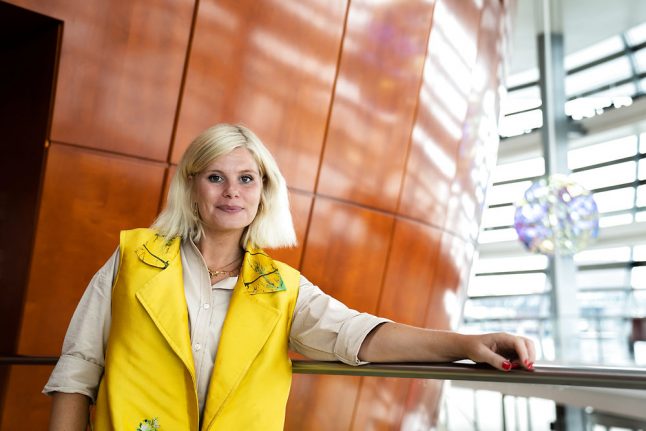 At the end of August, hugely popular TV host Sofie Linde stunned viewers of a live televised gala by revealing that a senior public television executive had offered 12 years ago to boost her career in exchange for oral sex.

In the weeks since, the #MeToo movement has hit Denmark with an impact far outstripping that of 2017, the year many countries across the world faced questions over sexual abuse and harassment following the exposure of widespread sexual abuse allegations against Harvey Weinstein.

The hashtag itself has become a less prominent factor as the momentum of the 2020 debate in Denmark has overtaken the need for any single name or phrase.

READ ALSO: Denmark is facing questions over a culture of sexual harassment in the workplace

In a country proud of its reputation as progressive and gender equal and where #MeToo was probably seen as an earlier, pre-Covid chapter, not everyone foresaw the surge of support for Linde that followed.

Hundreds of women from a growing number of sectors would come forward with their own stories. Several journalists wrote a letter in support of Linde, which eventually garnered more than 1,600 signatures.

On September 14th, ten former interns sent a letter to management at national broadcaster DR in which they described sexism and harassment targeted at them during their time with the broadcaster.

The media is not the only sector to have since come under scrutiny, with hundreds of female Danish politicians coming forward in the following weeks to say that they had experienced harassment from senior male colleagues.

In a dramatic open letter published by Politiken on September 25th, 322 women including current and former members of eight political parties signed an account of sexism in Danish politics.

79 personal accounts were published detailing sexism and assault experienced by the women while undertaking their political work.

These are rife with shocking examples of assault and harassment which went without consequence at the time.

“One of us had a finger stuck into their crotch by a member of parliament at a national congress during a party while she was dancing with another fellow party member. Both of them found it highly amusing,” one section reads.

“One of us was subjected to an assault but did not dare tell anyone out of fear it would damage his future. She was (considered to be) one of the girls who was ‘up for it’ anyway,” another details.

The head of a gender research centre said that Danish “politicians should hold their hands up and admit that there’s a pattern”.

“This is a real issue which is a problem for all of us,” Henriette Laursen, the director of Kvinfo, said on September 11th.

Laursen said there should be more laws protecting employees from sexual harassment.

Current leading political figures have reacted, for the most part, by agreeing action must be taken.

Jakob Ellemann-Jensen, leader of the opposition Liberal (Venstre) party, called the Politiken accounts “shocking reading”, while Prime Minister Mette Frederiksen has said that her party, the Social Democrats, “failed our responsibility” with regard to a culture of sexism.

The Social Democrats have hired a law firm to investigate incidents of harassment within the party, Frederiksen said.

“We have chosen to initiate partnership with a law firm which you can contact about episodes in which you were involved or are familiar with, so we are sure that there is at least a framework for specific situations to be dealt with,” the PM told Politiken.

But Frederiksen and her government were also criticised as the debate brought attention to the appointment of Jeppe Kofod as foreign minister after the 2019 election. Kofod admitted in 2008 to having sex with a 15-year-old girl in connection with a Social Democrat youth party event. He was a 34-year-old member of parliament at the time. The now-foreign minister apologised in 2008 and has repeated the apology in light of the new national debate over sexism and harassment.

Notable opposition to the movement has served to fuel the debate.

That followed arguably more damaging comments by the deputy leader Inger Støjberg, who wrote on social media that the debate was “over the top”.

“It’s simply gone too far when we see examples of even completely innocent compliments being presented as sexism,” Støjberg wrote in comments highly criticised, including by members of her own party, for conflating compliments with harassment.

Haarder later reversed his position after the publication of the 79 accounts, saying they “shocked” him.

The debate has not remained limited to media and politics.

Over 600 doctors have signed a declaration demanding action against sexism at Danish hospital wards, clinics and Danish universities.

A string of other personal accounts have also emerged. These include accusations reported last week by newspaper Ekstra Bladet against high-profile film director Feras Fayyad by a former employee of the Danish Documentary film company; and DR radio host Mario Fantino's account of being threatened with legal action by a superior who propositioned her.

The former film company employee, Emilia Moth, told Ekstra Bladet that Fayyad “said in front of all my colleagues that he thought about me when he masturbated”.

The company’s leadership responded to the accusations by saying it was “deeply affected” by them, but that it could “not recognise” some elements of the Ekstra Bladet reporting, but did not give further explanation citing privacy reasons.

For its part, Denmark’s media has also been criticised for its coverage of the original #MeToo movement in the country in 2017, which did have the same impact as in many comparable countries at the time, not least neighbouring Sweden and Norway.

Journalist and author Eva Aagaard wrote recently in a Politiken column that “the media’s coverage [of sexual harassment and sexism, ed.] is also a large part of the explanation for why the first Danish #MeToo wave quickly died out in 2017. A review of news shared by Danish media on social media has shown that seven out of nine Danish news media shared twice as many negative as positive updates about #MeToo.”

Aagaard cites news negative coverage of individuals who came forward with their stories in 2017.

“This type of media coverage has effectively scared other victims of harassment from coming forward. Until the silence was again broken in 2020,” she writes.

The author also pointed to media attitudes (specifically calling out broadcaster TV2) towards the planned introduction of a rape law requiring sexual consent in 2020 as being part of an overall culture in which sexism in Danish media has affected the country’s journalism.

“The media has shown an unspoken reluctance to take women’s’ perspectives into debates about gender and equality. If they are to become better in future, introspection is needed,” Aagaard writes.

It could be argued that this introspection is not only needed in the media industry.

As the debate shows little sign of slowing, the reach of the movement is becoming enormous and accompanied by some reports of tangible consequences in the form of at least one sacking, linked to Fantino's case.

Linde's decision to share what she went through onstage, has proved to be the spark which set a huge reckoning in motion and not even a pandemic can stop it.

METOO
‘When I said no’: Danish women in campaign against sexual assault victim blaming 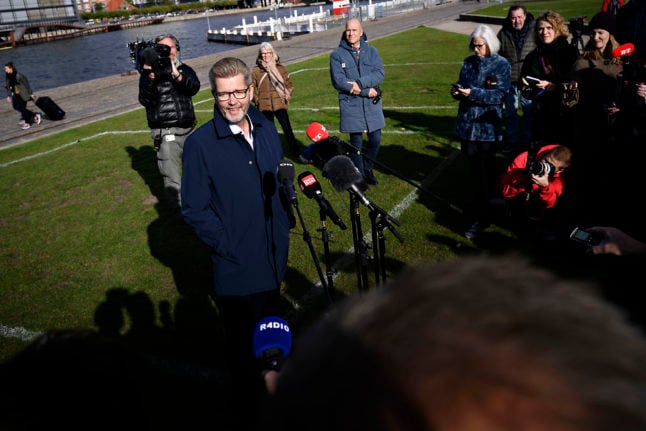 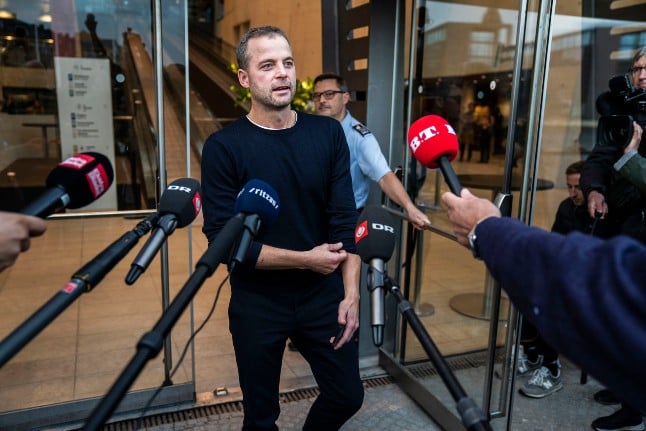