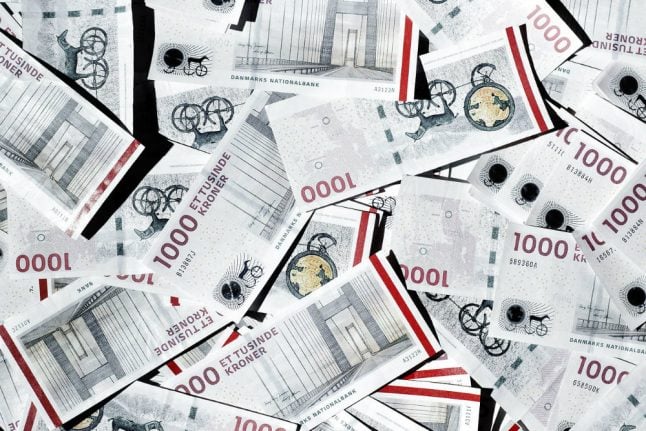 The Ministry and Employment and ATP, the holding company for administration of Danish state welfare payments, confirmed on Thursday morning that the payments will go through no later than October 12th.

The payout will go to people who received state welfare payments in April 2020. This applies to various groups including people receiving the state pension, unemployment insurance (dagpenge) and the state student grant, SU.

I received 1,000kr as a one-off, tax-free #COVIDー19 payment from the Danish state because I was on parental leave in April. “You cannot appeal against the payment” says the message on my bank statement. Ok I won't https://t.co/XnVISo43QB pic.twitter.com/T6clochkKF

It is unconnected to the release of ‘frozen’ holiday money which can currently be claimed by those eligible.

READ ALSO: Feriepenge: How workers in Denmark can claim their 'frozen' holiday money

The money will automatically be paid out to regular current accounts (NemKonto) by the beginning of the week commencing October 12th.

A parliamentary majority voted in June 2020 in favour of the extra payment as one of a number of measures intended to stimulate the economy, following the downturn caused by the coronavirus lockdown. The holiday money provision was also approved in that vote.

You can read more about ‘frozen’ holiday money, whether you are eligible and how to claim it in our explainer article.

If you earned holiday money through employment during the relevant period (September 1st 2019 to March 31st 2020) and received a social welfare payment in April 2020, you can be eligible for both coronavirus-related extra payments, the Ministry of Employment has confirmed.

This can be the case, for example, for students who work part time while receiving the SU student grant.

Minister of Employment Peter Hummelgaard said that he hopes the release of the money will provide the economy with a shot in the arm.

“The Danish economy has, like with many other countries’, been affected by the coronavirus and still is. That’s why we responded from the beginning of the crisis with support that has propped up a lot of jobs, and now the time has come to get the economy moving more,” Hummelgaard said.

“I am sure that both this one-off subsidy and the release of holiday money will contribute,” he added.