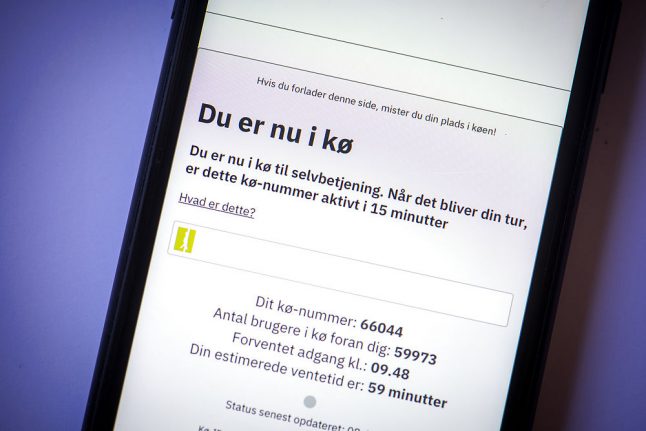 People who are employed in Denmark can currently apply for three weeks of ‘holiday money' to be paid into their accounts.

If you work in Denmark and receive holiday pay (feriepenge) under normal circumstances, you are likely to be able to claim the ‘frozen' money. You must have worked during the period September 1st 2019 to March 31st 2020, the relevant period for accrual of the holiday money.

The ‘frozen’ holiday money has become available because, following the coronavirus lockdown and its resultant economic impact, parliament decided to pass provisions for the funds to be paid out early.

You can read more about ‘frozen’ holiday money, whether you are eligible and how to claim it in our explainer article.

READ ALSO: Feriepenge: How workers in Denmark can claim their 'frozen' holiday money

A count by ATP, the parent company of Udbetaling Danmark, the national administrator of welfare payments including holiday money, found that claims had reached a value of 25 billion kroner by 4pm on Wednesday.

1.15 million people have so far submitted claims via the borger.dk portal, which experienced long waiting times for access on Tuesday.

Up to 60 billion kroner is available to be paid out, although it is not expected that the full pool of frozen holiday money will be claimed. The Danish state is responsible for paying out the claims.

The money can be claimed until December 1st. If not claimed by that date, it will return to ‘frozen’ status and will be paid out to wage earners when they leave the Danish jobs market, for example on retirement or when leaving the country.