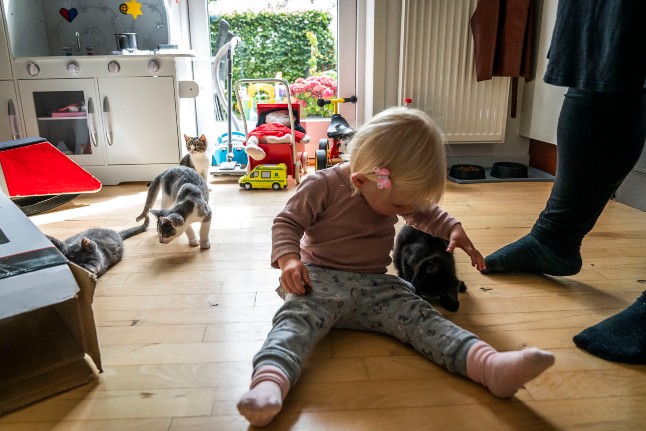 Freelancers do not customarily get pay to look after sick children. Photo: Ida Marie Odgaard/Ritzau Scanpix
Peter Hummelgaard, Denmark's employment minister, told the Ritzau newswire that Denmark's political parties were agreed that the beneficiaries of the scheme would not be limited to salaried employees.
“I am happy that we can now give parents who don't have the possibility of working from home a helping hand economically in the period where their children cannot go to their institution due to the risk of spreading infection,” he said.
When Denmark's political parties agreed new compensation for child sick leave last week, they were criticised for leaving out the self-employed.
READ ALSO: Part-time pay for corona-hit companies: here’s how Denmark’s new wage scheme works
“Self-employed people by definition are not eligible for days off or sick pay because they themselves organise their time and work, which is why they were not included in the agreement with the Confederation of Danish Employers' Association and the Danish Trade Union Confederation.”
The new agreement which includes the self-employed and freelancers will be discussed shortly in parliament, with the government intending to approve the scheme as soon as possible.
Freelancers will be eligible so long as they either meet the criteria to be defined as self-employed, or the criteria for being a part-time employee or person on a short-term contract.
The scheme is intended to stay in place up until December 31st.
“But it is obvious that if the infection is not more under control as we go into the new year that there will be a new discussion on whether the scheme can continue into 2021.