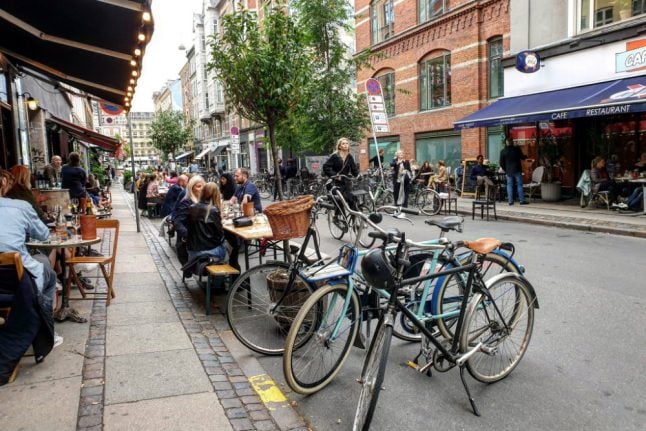 Remember those “nature is healing, we are the virus” memes that flooded social media during the first weeks of the coronavirus lockdowns? What started as real posts about the Himalayas becoming visible from India for the first time in decades or the suddenly clear canals of Venice quickly gave way to over-the-top jokey images as we all sought solace, or at least some lulz, while trapped at home during the onslaught of a pandemic.

The memes provided much-needed distractions but there was also some real truth behind them. Research published by Nature Climate Change showed that daily global emissions were more than 17 percent below last year’s levels in early April, when lockdown measures were at their most stringent. That small ray of light quickly dimmed, however. Emissions began to rise as soon as lockdowns eased and by mid-June they were only down 5 percent from 2019 levels. By August, researchers analysed mobility data and concluded the lockdowns would have only a “negligible” effect on carbon emissions.

But while the emissions drop proved temporary, there is real hope that a lasting effect of the pandemic will be a rethinking of public space, one that puts humans rather than cars and concrete at its centre and creates a better balance between city life and nature.

Mikael Colville-Andersen, the host of the TV series ‘The Life-Sized City’ and a self-described urban playmaker who has helped ‘Copenhagenize’ cities around the world, said the pandemic has inspired and fast-tracked infrastructure changes that would normally take years.

“All of a sudden, politicians and city planners are having ideas that would never fly in any other time in history. But right now, they’re flying all over the world,” he said.

I met with Colville-Andersen at an outdoor café on Værnedamsvej in his home city of Copenhagen. It’s his favourite thoroughfare in the city, he said, primarily because of the French wine bar across the street from where we enjoyed a coffee.

The bar is one of many throughout the city that has been allowed to expand its outdoor area into the street in an attempt to accommodate restrictions on indoor serving and reduce the chances of transmission. A growing body of evidence indicates that the spread of infection is much more likely in indoor settings than outdoors – as much as 19 times higher, according to one Japanese study.

In Denmark, where despite a recent uptick in cases the coronavirus feels somewhat like an afterthought, reclaiming urban space is less of a health decision than a financial one.

“The City of Copenhagen wants to have street life back as quickly as possible and it also wants to give businesses the opportunity to make back money that was lost during the shutdown. I think Copenhagen sees this as an opportunity, as so many other cities do, to push things a bit more,” Colville-Andersen said.

When he posts images of cafes and restaurants moving out into the streets of Copenhagen, Colville-Andersen’s sizeable social media following often responds with images showing similar initiatives in their own cities. Some are from places you’d expect – Paris, Milan, Rome – while others are from less likely candidates, like Wilmington, North Carolina, or small towns in Ontario, Canada. And some have gone further than others. Lithuania’s capital Vilnius has basically turned the entire city centre into an open-air café.

Yet another impromptu reallocation of space in favour of supporting local businesses instead of car storage. They're everywhere. #Copenhagen / #Frederiksberg pic.twitter.com/Jxx4DzfOcD

He said perhaps the biggest global movement has been the establishment of pop-up bike lanes.

“Temporary, pop-up bike lanes were really the first thing to come out of this. Milan has a lot of them and has already said they’ll be made permanent. Paris has loads. London. Even the most unlikely cities are putting in temporary bike lanes or making big bold moves like Vilnius,” he said. “It’s an amazing opportunity to exploit the crisis in a good way.”

This too has an economic benefit. A recent study from German researchers looked at 106 European cities and found that each city has built, on average, 11.5 kilometres of temporary bike lanes, with cycling rates increasing by an average of seven percent. The study’s authors said “the new infrastructure will generate $3 billion in health benefits per year, if cycling habits are sticky.”

A much-heralded example of COVID-inspired infrastructure improvements is Paris, where Mayor Anne Hildalgo had already promised to hand more of the traffic-clogged city back to pedestrians and cyclists. Her pledge to build the “Paris of tomorrow” was a big part of the reason she handily won re-election to another six-year term.

Hidalgo’s plans to make the French capital greener and cleaner have been accelerated by the coronavirus. In addition to the pop-up bike lanes, officials are pushing ahead with plans to pedestrianise newer parts of the city like the trendy Canal Saint-Martin area. Café and bar terraces have swallowed up parking spaces and pavements, helping restaurants survive the economic crisis while adding extra life to the streets.

That’s music to the ears to someone like Colville-Andersen. He argues our priorities have been wrong for far too long and the pandemic offers a real opportunity to correct course.

“We need a re-democratisation of urban space. It’s been a transportation dictatorship for decades, where we’ve allowed cars, the most arrogant form of transport ever invented, to do whatever they wanted. We need to re-allocate public space for smarter use. Bike lanes, wider sidewalks, nightlife. Or just parklets for people to sit out of the sun.”

Proving Colville-Andersen’s point, just as we parted ways a DHL van arrived with a delivery and snarled all vehicle and bike traffic, forcing him to snake his way through the temporary urban chaos to cross over to his favourite wine bar as they began setting up their outdoor tables.