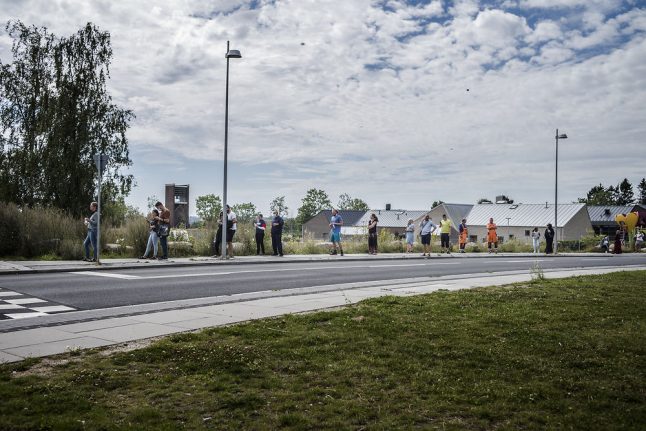 Aarhus registered 34 new Covid-19 cases between Wednesday and Thursday, continuing an upward trend in virus spread in the city which outstrips anything seen since the early stages of the epidemic.

That follows 104 new cases of coronavirus registered in Aarhus Municipality in the week prior to Wednesday, according to DR.

A closer look at data published by national infectious disease institute SSI shows that, between June 1st and July 28th, 61 infections were registered in the municipality, an average of a little over 1 infection per day.

The city’s lord mayor Jacob Bundsgaard called for the city’s residents to contribute in the effort to slow down the spread, in a press briefing given on Thursday.

“There is not least a need for all of us Aarhus residents – in reality all of Denmark – to step up and find the alertness and attention that we had at the beginning of the crisis,” Bundsgaard said.

Various causes are behind the spike in cases in Aarhus, according to Charlotte Hjort, head of department and senior doctor with the Danish Patient Safety Authority.

These include a funeral, a golden wedding party, and a number social care students who have been infected.

Meanwhile, the Somali community in the city has been disproportionately hit by the outbreak. Three quarters of the infections registered in Aarhus Municipality last week were in people with Somali heritage, according to news agency Ritzau.

The city has responded by setting up a mobile testing centre in the Gellerup neighbourhood, which is home to a large number of people from this community. The centre will be in place on Thursday and Friday. Visitors at hospitals across the city will be restricted from Friday, in another measure in response to the outbreak. Restrictions have also been put in place at care homes.

High infections amongst people with Somali heritage in Aarhus has resulted in finger-pointing by populist politicians, notably Pia Kjærsgaard, the former leader of the Danish People’s Party and former speaker of parliament, who called for a curfew in areas termed “ghettos” if they have high infection rates.

“It’s not being taken seriously (by people with minority heritage),” Kjærsgaard claimed in comments to DR. No evidence for the claim is included in DR’s report.

“You can’t orient yourself via the media, because you may not understand what is being said. It won’t do enough to sit and watch foreign TV when you be should finding out what is happening in the country you live in,” Kjærsgaard also said.

Aarhus mayor Bundsgaard stressed that no one part of the city or specific event could be singled out over the outbreak.

“It is important to underline that the virus is present in all of Aarhus and is not limited to any groups of residents,” he said.

“Many different people are infected, even though there are some patterns which we are alert to,” he added.

In comments previously given to DR, Hjort said that no one event could be connected to rising Covid-19 cases in Aarhus.

“We ask infected people whether they have participated in larger events or family occasions but it is not the case that we can say there has been one big event which everyone was at,” she said.

“Some people were at parties and some at university introduction events, but it’s spread out in Aarhus,” the senior medic added.

Hjort also rejected speculation that a large crowd celebrating at the end of July, when local football club AGF secured third place in the Danish Superliga, could be to blame.

“We have not been able to see that in any case. One person informed us they were at the celebration, but we are not placing much significance on that right now because there’s not an accumulation,” she said.

With regard to high infections amongst the Somali community, Hjort said that “there have been various reports about a large funeral, but we don’t know if that’s the reason”.

Several other factors may account for the Somali infections, a city council representative said.

READ ALSO: Warm Danish weather is here: these are the overcrowded areas to avoid