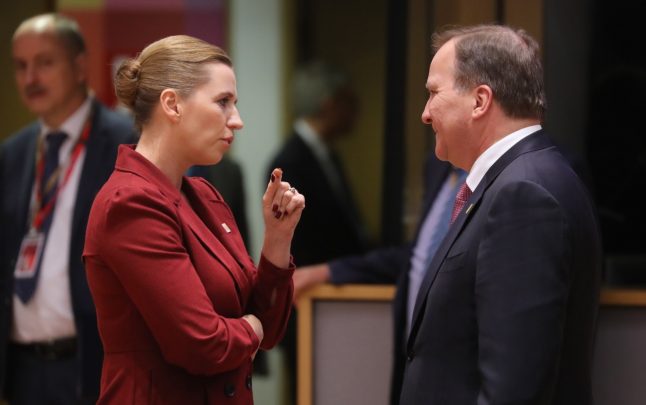 Part of the so-called “frugal four”, the two Scandinavian countries are part of the last holdouts in passing a massive stimulus plan for the EU countries whose economies have been ravaged by the new coronavirus pandemic.

“Until now we have been hiding behind the Brits and broadly people have seen Denmark as a nice, compliant country to EU law, but now the truth comes out,” Marlene Wind, professor of political science at the University of Copenhagen told AFP.

Neighbouring Sweden, which joined the EU in 1995, has also mostly looked for pragmatic solutions and not made too much noise at summits.

But it too joined the Netherlands and Austria, and the four are expected to make their opposition clear at the special European Council meeting on July 17 and 18, when the post-COVID-19 recovery plan is on the agenda.

The plan, backed in particular by Berlin and Paris, requires unanimous approval to be adopted.

European Council president Charles Michel was due to present a “negotiation box” on Thursday or Friday, with proposed figures that will serve as a basis for negotiations.

The main point of contention is whether aid should be handed out in the form of grants or – as the “frugals” demand – loans.

Averse to the idea of simply paying for the union's southern members, which have been disproportionately affected by the COVID-19 pandemic but also considered fiscally lax or even irresponsible by some members, the “frugals” insist that aid needs to come with a plan for repaying the funds in the future.

Proponents of the recovery plan have instead argued for the need to show “solidarity”.

But according to Annika Strom Melin, a former director of the Swedish Institute for European Policy Studies (SIEPS), the calls for political cooperation have been met by “incomprehension and criticism” in Sweden, with the analyst noting that the country joined primarily to gain access to the common market.

Which is the point French Secretary of State for European Affairs, Amelie de Montchalin, since July 6 the Minister of Public Transformation, was trying to drive home when she visited Sweden in early July to overturn the Swedish “nej” (no).

She argued that plan for a 750-billion-euro fund “is a revival of the internal market, (…) in which there are 27 of us and in which we see that no country has the means to recover on its own.”

During the last budget negotiations, Copenhagen and Stockholm, like The Hague, obtained a rebate for the 2014-2020 period, which could be renewed for 2021-2027.

According to an EU source, the opposition on the recovery plan is also a way to apply pressure aimed at securing that rebate.

“All this has a main purpose: they want their rebate,” the source told AFP.

Within the EU, the Scandinavian countries, both net contributors, have been in favour of a limited budget.

“The Prime Minister always says we have to protect the Danes from those who take money from the Danish welfare state,” Wind said.

Wind also noted that Denmark's Prime Minister Mette Frederiksen, and the country's social democrats managed to bring back voters by adopting a more anti-immigration and eurosceptic agenda in the last election, thus stealing the wind from the sails of the populist Danish People's Party (DF).

Having grown in popularity thanks to her handling of the new coronavirus, Fredriksen is likely to maintain her line.

However, the recovery plan might not be doomed as is there still room for compromise, according to Daniel Tarschys, a professor of political science at Stockholm University.

“What many haven't noticed is how many concessions the four 'frugals' have already made,” Tarschys told AFP.

“They now accept shared debt by letting the Commission use its excellent credit rating,” he continued.

Tarschys added that the four “frugals” have stressed that funds need to be directed at investments focused on the future.

“That stance probably is well suited to gain broad acceptance.”

Financial and environmental guarantees on the use of the funds could also help soften the opposition of the Scandinavians.