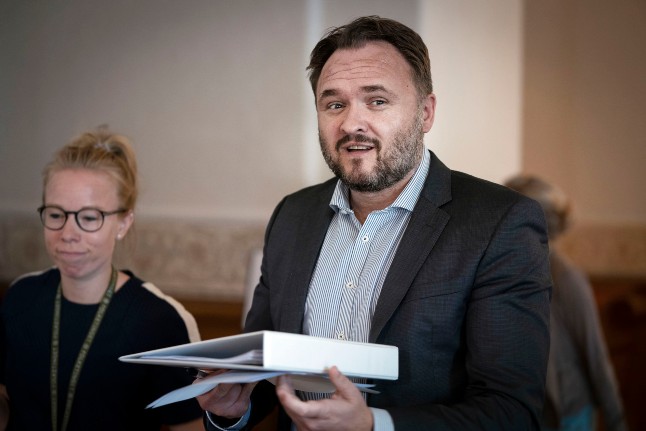 The podcast, titled “Planet A” after a quote from former UN Secretary General Ban-Ki Moon, will in its first three episodes feature Jørgensen interviewing Senator John Kerry, and the economists Jeffrey Sachs and Nicholas Stern .
”The climate crisis is the gravest and most complex threat that the world is facing,” Jørgensen said in a press release announcing the project. Fortunately, he added, science and technology is providing a constant stream of new ideas to help counter the problem.
“We will use the podcast as a platform to explore those ideas, and create a space to unfold the dilemmas and intricate questions that are rarely addressed in the public debate,” he said. “It is not about “being right” or “winning” the debate, but about gaining new insights and perspectives.”
Podcasting is a perilous format for politicians, with most politicians' podcasts so lacklustre that they only last a few episodes, prompting the New York Times to write an article examining why this might be so.,
Ed Miliband, former leader of the Labour Party did, however, successfully revived his career (although not his political one) with the podcast Reasons to be Cheerful.
Chicago's former mayor Rahm Emanuel also did better than most, managing to release 95 episodes of his mayoral podcast Chicago Stories before stepping down as mayor.
This is not Jørgensen's first journalistic venture in his role as minister. In April, he co-authored an article with Fatih Birol, the head of the International Energy Agency, about how countries should use invest in green projects to kickstart their economies after the coronavirus lockdown.
In Jørgensen's first podcast episode, Kerry, who was one of the driving forces behind the Paris Agreement, says that poor political leadership was as much a problem in the fight against climate change as it had been for Covid-19.
“The pandemic and climate change crises require leadership: to look over the horizon, see what is coming and get ahead of it. We didn’t do it with covid – we are not doing it with the climate,” he says.
In the second episode, Jørgensen interviews Sachs, who advised three UN Secretary Generals, and in the third he interviews Lord Stern, who authored the British government's landmark 2006 report on the Economics of Climate Change.
The Ministry of Climate, Energy and Utilities plans to release additional episodes, throughout the remainder of the year.
You can listen to the podcast here, or download it on Apple Podcasts, Google Podcasts, or the podcast player of your choice.