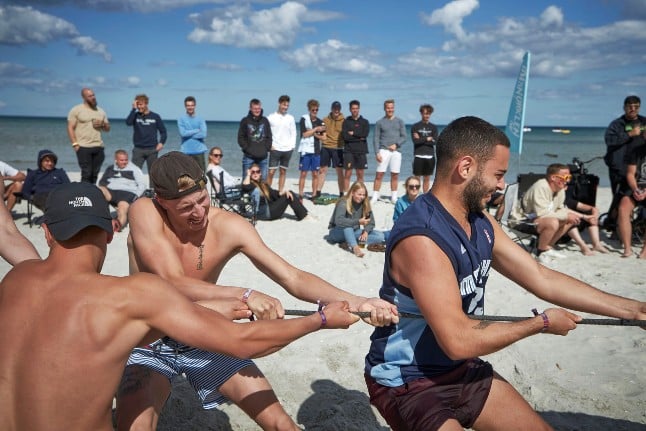 Skyland Beach Camp said it was cancelling next week's event after police recommended that it close down.
“We think it's frustrating that there is a shit storm around Skyland, when we have been doing so well now, and have such a nice product,” said Bjørn Pedersen, the event's co-founder.
“There have been tears. People are really sorry about it. Our staff has been crying because has been so great to be up and running. Therefore, it is with great emotion that we're shutting down.”
When Denmark's police on Friday advised the organisers to close immediately, they initially said they would defy the ban and continue the party, which has triggered growing consternation in Denmark.
Pedersen said he was emailing all the people who had signed up to attend the camp next week to tell them that the event was not happening.
He said that he did not yet know if the organisers would be able to give disappointed guests their money back.
“That would be best, but we have also spent a lot of money,” he said. “Now we have to see if we can get some compensation, otherwise, in the worst case, we might have to make it so that the ticket applies instead to Skyland 2021.”
In Denmark, events with over 50 people are currently banned, but the Skyland Beach Camp organisers overcame this by claiming the event was a campsite, with tents spread over a large area.
But after several police patrols, the local police decided that it defied the assembly ban.