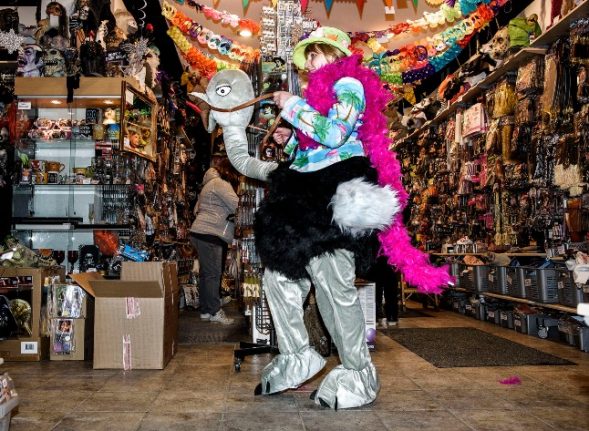 Someone preparing for a fancy dress party. Photo: Liselotte Sabroe/Ritzau Scanpix
Justice Minister Nick Hækkerup warned that the staged increases on July 8 and August 8 would only go ahead “if everything continues to go well” and the level of infection in Denmark remains at the current low level.
“Because we have to remember that this all hangs completely on us all together following the health authorities' guidelines: Keeping distance; washing hands often; looking out for one another,” he said in a statement released after the deal was struck.
“If we see that the epidemic is starting to blow up again, the increased size of gathering is the first thing we'll look at.”
According to detailed guidelines published with the announcement, groups of up to 500 are already allowed from this Monday for “seated events” such as weddings, stadium football matches, and company AGMs.
The government has faced criticism after it emerged on Tuesday morning that the same guidelines will apply to weddings as restaurants, meaning they must stop at midnight.