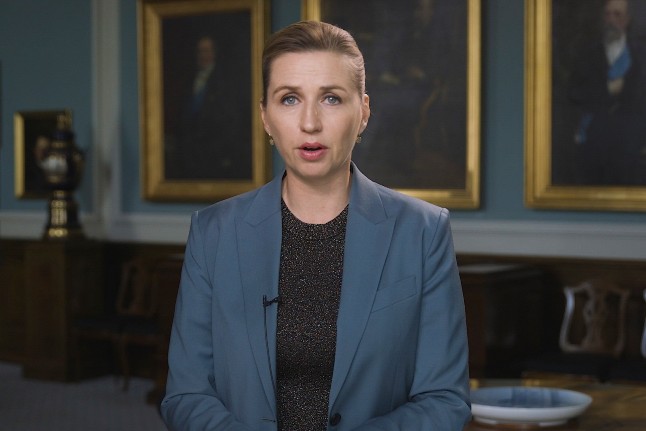 Danish Prime Minister Mette Frederiksen during her Constitution Day speech. Photo: Socialdemokratiet/Ritzau Scanpix
Mette Frederiksen has been commended both in and outside Denmark for her government's rapid, decisive action to impose a strict lockdown in Denmark.
But In her Constitution Day speech, posted on her Facebook page, she said that her uncertainty at the time of the lockdown had been enormous.
“I have never been in so much doubt in my life as I was this spring, as in this crisis we have all been through,” she said.
“The dilemmas have been enormous, but that we acted so quickly, is I believe the most important political decision I have ever taken. It could have gone awry in Denmark.”
The humble speech seemed designed to preempt criticism of the government's handling of the crisis over the coming months, as parliament prepares to launch an independent inquiry into the actions taken.
She said that the pressure of time, and the uncertainties over the virus, had forced the government to take decisions without sufficient information.
“We were in a battle against time, and that’s why all of our actions taken during this crisis, have obviously not been perfect. Of course there are things we could have done better.”
Questions are growing in Denmark about the extent to which Frederiksen and her government acted against the advice of her own health experts when she decided to close schools and impose border controls.
In her speech, she agreed that the the decisions had ultimately been political ones.
“We do not leave it to the experts to make the difficult choices,” she said, in what seemed like a job at Sweden where the coronavirus strategy has been largely set by the Public Health Agency.
“We listen to their advice, it makes the basis for a decision better, that's clear,” she said. “But that does not change that it is us as politicians who have the task of leading and thus taking responsibility.”