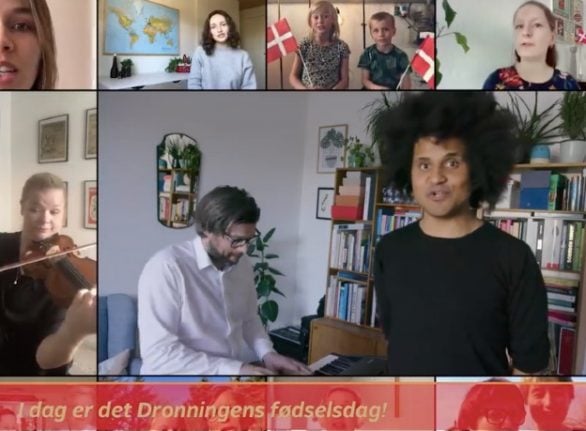 Danish singer Thomas Buttenschøn sings alongside others in the Facebook broadcast. Photo: Facebook screenshot (with permission)
The event, organised by the group singing organisation Danmark Synger (Denmark sings), has gained 191,170 members since it was launched on March 26.  It was also broadcast on Denmark's two national television stations and livecast on Facebook
The country's popular Queen followed the event from the sofa of her living room in Denmark's Fredensborg Palace.
“Thanks for the song. It was truly a fantastic experience. It went straight to the heart,” she said in a short statement to public broadcaster DR after the performance was finished.
The sing-a-long was led by musicians from the Copenhagen Phil symphony orchestra, the singer Thomas Buttenschøn, and 130 selected children and adults, with Danes encouraged to join in from their homes, workplaces or schools.
As well as Denmark's birthday song “Idag er det Dronningens fødelsedag” (Today, it is The Queen's birthday), the performance also included “Solen er så rød mor” (The sun is so red, mother) “I Danmark er jeg født” (I was born in Denmark), written by Hans Christian Andersen, and the Kim Larsen song “Papirsklip”, or Paper Chain.
“We think it went really, really well. It attracted more than a million viewers I guess, and a lot of schools and neighbours got together,” Stine Isaksen, from the organisation Sångens Hus which helped organise the event, told The Local.
“My youngest daughter went to school for the first time in a little bit more than a month, and the whole school was participating in this event.”
She told the Ritzau news agency that the event was supposed to “give a feeling that it is all of us are collected together for the birthday.”
“For example, if you stand on your balcony or outside in the garden, we hope you will be able to hear the neighbours singing along.”
The “Denmark sings for the Queen” group was originally created by the graphic artist Kim Bruhn.
“When it was canceled, I thought we had to do it in a different way, and then it took off,” he told Ritzau.
On the Queen's birthday, there is a tradition that well-wishers travel to Copenhagen's Amalienborg Palace to sing the birthday song, Isaksen told Ritzau.
“This time many others have also got the chance to sing for Her Majesty,” Isaksen said. “Of course it is a pity that people cannot physically gather, but now everyone can join in wherever they are.”
Well-wishers can leave their congratulations digitally on the Royal Court's website. Margrethe II will give a birthday address to the nation at 7pm, the court announced early today in a press statement. 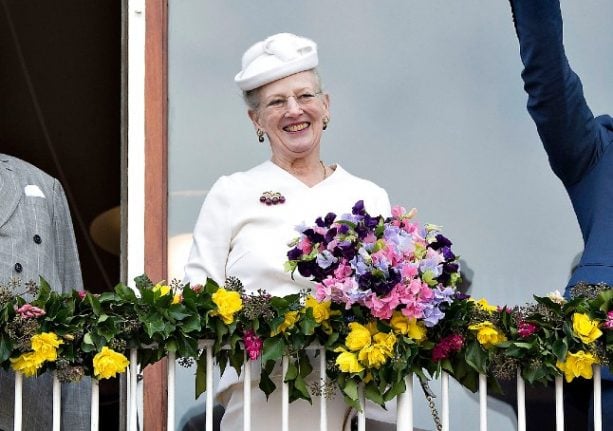 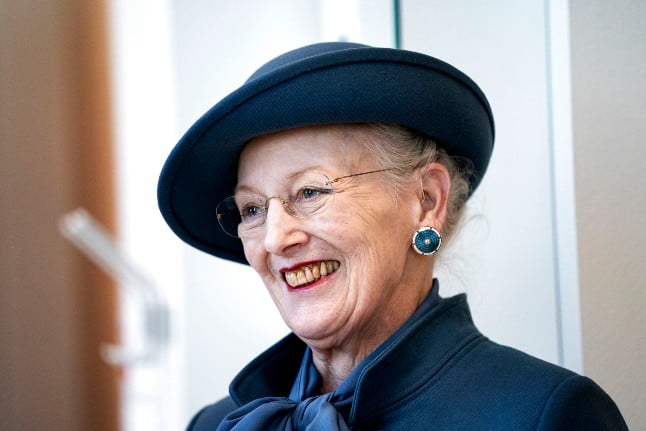 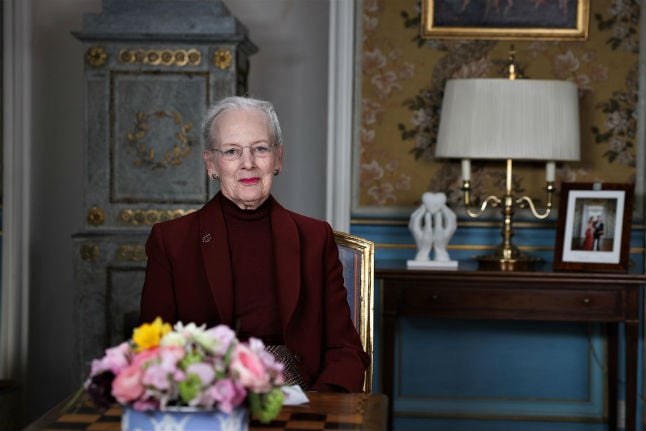 The queen made the speech from Fredensborg Castle. Photo: Dr/Scanpix.dk
Her televised speech from Fredensborg Palace, marks, Danish media reported, one of the first times the much-loved 79-year-old monarch has directly addressed the nation over a specific issue.
“What we do and how we act in the coming days could be decisive for how the situation develops over the coming weeks,” she said. “Right now we have to show our togetherness by keeping apart.”
Queen Margrethe warned that “sadly, not everyone is treating the situation with the gravity that it calls for”.
“One sees groups of all ages in close proximity. Some even continue to throw parties and celebrate birthdays. I find this indefensible, it is thoughtless, and more than that, it is reckless.”
The virus, she said, was “a dangerous guest”, which “spreads like ripples from a stone”.
One person can infect many others and in that chain, people will die. A child might lose their grandmother, a daughter her father,” she said. “Friends will suddenly no longer be there any more. This is the chain we must break.”
READ ALSO:
The speech came directly after Denmark's Prime Minister Mette Frederiksen announced the toughest measures yet to enforce social distancing, banning all gatherings of more than ten people, and ordering cafés, restaurants, and hairdressers to be closed.
“The advice fro, the authorities is actually quite simple,” she said. “Wash your hands. Keep your distance. Avoid physical contact. Stay at home.
“It is natural that we are worried, but together we can create new hope in a difficult time. My thoughts go to every one here in the country with the desire for hope and comfort and good courage.”
SHOW COMMENTS 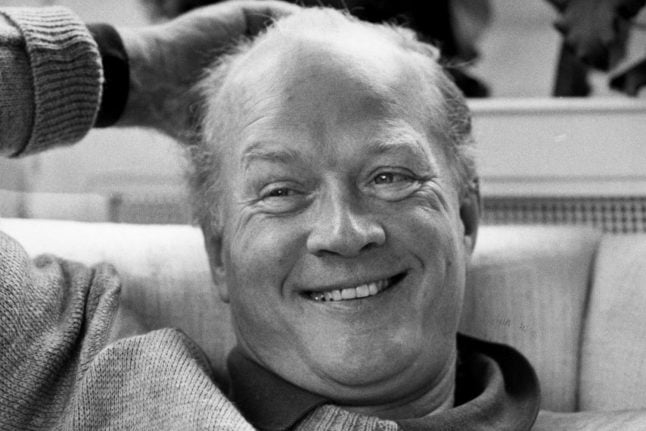