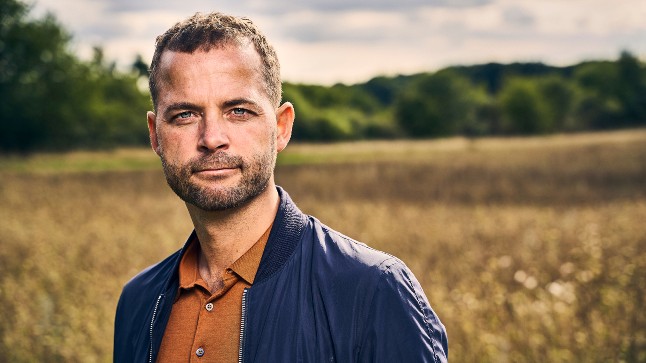 Morten Østergaard, leader of Denmark's Social Liberal Party, wants the government to invest heavily this summer in green initiatives. Photo: Social Liberal Party
What's the thinking behind your proposal for a 'green reboot'?
We are looking into investing billions of kroner in the coming year in our transition to a CO2-neutral society, and for us it would be totally irresponsible not to move forward a lot of these investments.
We're looking forward to very big financial stimulus package, and if we spend it on a lot of things that aren't contributing to our carbon reduction, then we will still need to spend a lot of money later on.
For us it's an opportunity to bring forward some of the initiatives which we were going to do later on in the 2020s.
We've looked through the many reports that have been developed over the spring to see which initiatives would both spark activity and job creation in society and contribute to CO2 reduction. That has been the criteria for this.
Why the urgency? Why not wait until after the pandemic is over?
There is a risk that this opportunity is wasted. At the beginning of spring in Denmark, we were certainly not looking at financial stimulus packages, because our economy was booming and we were more concerned about, 'do we have enough skilled labour?', 'could our businesses keep up?'.
This has presented an opportunity for us to actually spend some government money through our very high credit rating, and also help the business community with their green transition investments.
I think the timing is perfect, because some of them would have been reluctant to invest in green transition at the same time as they were producing at such a high pace.
What are some of the concrete measures you want Denmark to invest in?
Part of the plan industrial transition is to use more of the heat that is coming out of production facilities for heating our housing system. We don't have the tariffs and we don't have the systems in place to do that. One of the thing we are proposing is to eliminate surplus heat tax to make that happen.
The Liberal Party has also proposed government backing for big infrastructure investments, including in new offshore wind parks? Why is offshore wind not on your list?
We completely agree that we need to build more offshore wind and also faster than forecasted in the existing political agreement on our energy system.
What we've picked out is things that can be put in place within months. Even if we hurry up, new offshore wind farms won't be built over the summer. We've chosen things that can be put in place very fast.
Why is stimulus spending needed at all?
We've seen a hike in unemployment over a very short period, close to a 50 percent increase, and we need to make sure that we don't develop a crisis mentality in this country which could accelerate our downturn in this situation.
If companies close or let their employees go because they don't foresee the activity will come back in a month to a year, then we will have a trickle-down effect.
The reason we want this big stimulus package to be agreed on now and put into place in the next six month is to bring back optimism as soon as we have the virus under control.
How big a risk is there that the coronavirus pandemic has made governments and individuals forget the climate crisis, both in Denmark and internationally?
There is a real risk that if people say that now we're out of a job, or we have to rebuild our health sector, we might say that the climate crisis is not as serious as it is is still a decade or more away
That's really a false notion, because we don't have a lot of time on our hands, if we want to work against climate change, and the next decade is crucial
My concern is that if we get a global recession then focus will shift away from the necessity to invest in the green transition.
We will certainly push for the common response from the European Union to be along the same lines.
What sort of reception do you expect to get for this proposal from the Danish government?
I feel very confident that this is also something the government is looking into, based on my talks with top ministers. Then there's also the question of how ambitious we are going to be. We were also discussing that before the [coronavirus] crisis.
Obviously, we will also need to do things that are not closely linked to the green transition, for example to spur a rebound in our tourism and services sector, and I'm certainly not blind towards that.
What we wanted with the proposal today was to make sure that a very central part of this restart is investment in the green transition.