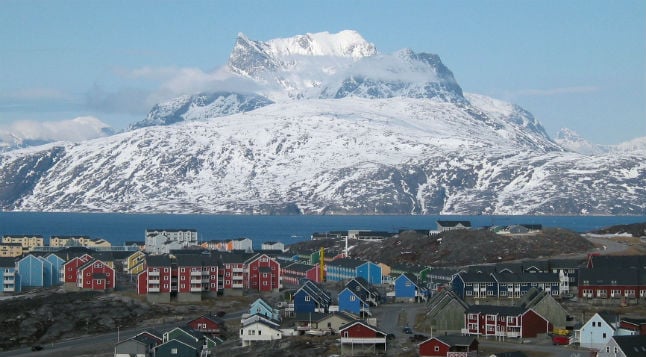 The city of Nuuk back in 2007, with the Sermitsiaq mountain in the background. Photo: Oliver Schauf/Wikimedia Commons
“In such a situation, we have to take numerous measures to avoid infection,” government leader Kim Kielsen said in a statement on Saturday.
“But at the heart of my decision is the protection of children, they have to have a safe home.”
Nearly one in three people living in the autonomous Danish Arctic territory suffered sexual abuse during childhood. Experts link the abuse to alcohol, drugs and ignorance of children's rights.
After Greenland closed down schools from Monday with 10 cases of the novel coronavirus diagnosed, a rise in violence followed.
“Unfortunately, in Nuuk, domestic violence has been on the rise in recent weeks,” Health Minister Martha Abelsen told local media. Excessive drinking by parents exposes children to dangers in the home, Greenlanders were warned.
The alcohol ban came into force on Saturday and is scheduled to last until April 15.
Gatherings of more than 10 people have also been banned and air traffic halted to help fight the virus.
The restriction on alcohol also targets slowing down contamination rates. “People are less aware of the dangers of  contamination when the drink alcohol,” the statement added.
The government says it is committed to eliminating the sexual abuse of minors by 2022.