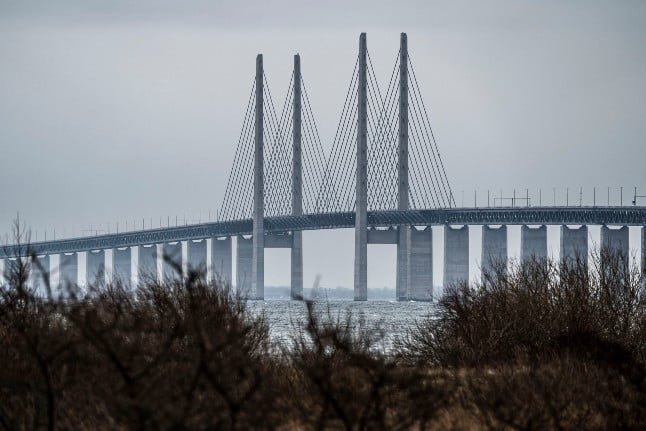 Many commuters still make their way across the Øresund Bridge. Photo: Martin Sylvest/Ritzau Scanpix
The populist Danish People's Party has called for a stop to cross-border commuting between Sweden and Denmark, with all “foreign” labour in the country forced to spend 14 days in quarantine on arrival in Denmark.
“It simply cannot be right that foreign workers are not put in quarantine, when Danes who have been abroad do get put in quarantine,” the party's legal spokesman Peter Skaarup told Danish public broadcaster DR.
Bjarne Hastrup, chairman of the DaneAge Association, which represents the elderly in Denmark, told TV2 earlier this week that he was concerned that many care workers in Danish old people's homes commuted from Sweden.
“We have a concern that has been passed on to us from relatives concerned about the different strategies that are in place in Denmark and Sweden,” he said.
“It really makes your stomach churn to know that they can come straight from café visits and social gatherings and go straight into an old people's home and meet our vulnerable relatives, who we are not even allowed to visit,” said Inge Lise Therkildsen, whose 93-year-old relative is in one of the homes.
“We're not worried about them as individuals, or just because they're Swedes, but because they are under much less strict conditions when they are home.”
While Denmark has closed schools, kindergartens, bars and restaurants, in Sweden all of these are still open, something Sweden's state epidemiologist puts down to the relative freedom its health agencies enjoy from political interference.
READ ALSO: Why is Denmark's lockdown so much tougher than Sweden's?
Benedikte Kiær, the mayor of the Danish city of Helsingør, north of Copenhagen, told Danish state broadcaster DR that the municipality's nursing homes were “deeply dependent on health care professionals living in Sweden”.
“I can promise that we will do everything we possibly can and we have made some very strict guidelines,” she said.
“We are calling on them to follow the Danish guidelines at their homes in Swedish as well.”