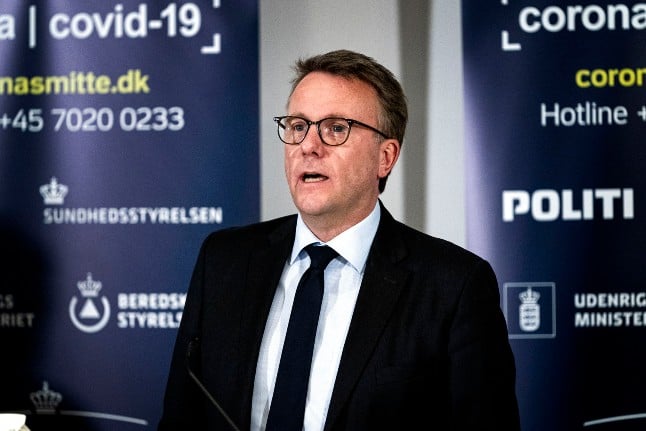 Danish tax minister Morten Bodskov made the announcement at a press conference. Photo: Ida Guldbæk Arentsen/Ritzau Scanpix
“The aim … is to avoid having too many people on vacation immediately after the crisis, once all activities resume,” Tax Minister Morten Bodskov told reporters.
The measure is “an important contribution to enable Denmark to get through the crisis as well as possible,” he said.
Full-time employees in Denmark have at least 25 days of paid annual leave per year.
Those concerned are primarily people working in public service jobs, such as daycares and libraries which have been closed since March 13 and are set to reopen at the earliest on April 13.
The holiday decision was reached following an agreement between the government, employers' associations and unions.
In Denmark, gatherings of more than 10 people have been banned, while schools, universities, cultural centres and some stores have been closed until April 13.
The country has also closed its borders to foreigners until the same date.
A nation of 5.8 million people, Denmark has reported 2,163 declared cases of the new coronavirus and 41 deaths.