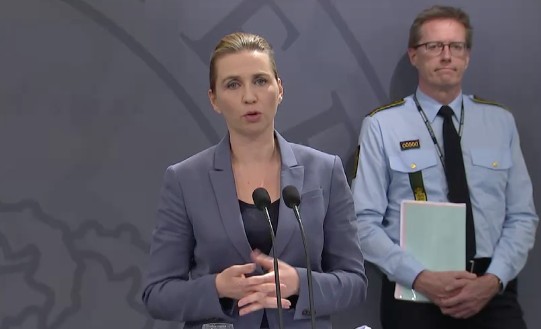 In a statement issued alongside the conference, Denmark's government also asked Danes to continue to avoid social contact even over the Easter period between Good Friday (April 10) and Easter Monday (April 13).  “Cancel Easter lunch. Postpone family visits. Don't go sightseeing around the country,” the statement read.

During the press conference, Frederiksen conceded that many families would find this disappointing.

“At Easter it will be difficult. It's a time when many families are used to meeting,” she said. But she said the way Danes behaved over the holiday would have a significant impact.

“The Easter holidays are really crucial,” she said. “We have to slow down our activity at Easter.”

Frederiksen began the press conference by congratulating her compatriots on sharing a culture which had allowed her government to take such bold measures to safeguard the country against the virus, while doing what was necessary to keep the economy afloat.

“Now you see the value of the strong social contract we Danes have with each other,” she said. “We have a strong democracy, and a united parliament has with three aid packages made sure that we continue supporting the Danish economy.”

At the press conference, Frederiksen listed the measures taken which would now be extended to April 13:

Søren Brostrøm, Director General of the Danish Health Authority said that that the government's epidemiologists now expected the epidemic to peak in about one month's time.
“Today we have presented our risk assessment of the epidemic. We expect it to peak in four weeks,” he said. “We are hoping for a long and flat curve, because we betting on the effect of the measures we have taken.”
It is only now, he said, that there has been sufficient data available to make a prognosis.