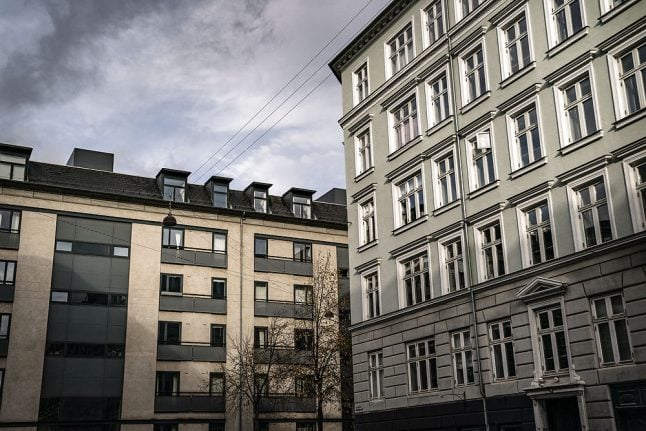 Most of the responses we received came from people who currently live or have experience of looking for a place to live in Copenhagen.

Although high costs – including deposits, which are commonly set at three months’ rent – are well known, our readers in Denmark also sought to let us know about potential pitfalls with contracts, address registration and landlords.

Others voiced their frustration at the lack of a straightforward and reliable resource for flat searching.

Thanks to all who took the time to get in touch.

“There are two incredibly frustrating things about the rental market in Copenhagen,” writes Bjørn, who is from Norway.

“The first is the fact that the rental market in itself is so incredibly disjointed and all over the place. There are so many different sites, both private and government, that offer rental services and a myriad of Facebook groups that it becomes a massive chore to go through it all if you're looking for an apartment,” he said.

“It gets even worse that some sites have the audacity to take payment just so you can contact the ones you want to rent from, which would be considered insane in my home country,” he added.

“Secondly, it's a miracle if you even manage to get a response from the person or company that you want to rent from. It makes it incredibly frustrating as you can spend a lot of time crafting a well-sounding message, only to either get a generic reply or most likely none at all,” Bjørn told us.

“The unregulated private housing market and the greedy landlords,” are the biggest problem with the rental housing market, according to Ana, who lives in Frederiksberg.

Landlords “tend to ask way more money from a foreigner than from a Dane”, she also said.

“It is both the cost of renting and finding a place” that present obstacles when looking for rental housing, Salvador in Copenhagen told us.

“You have to be real fast — within hours after the post is created by the landlord,” he added.

He also agreed that landlords can bend the rules.

Potential tenants should be wary of landlords who want to register tenants at a different address for Denmark’s CPR register than where they will actually be living. This is “not legal”, Salvador pointed out.

Never hand over money “before actually visiting the place and having a small idea of who's your landlord (a little internet-research about the address works too),” he advised.

Properties which are not actually legal rentals – and therefore can’t be used for registration of your address were a pitfall repeatedly mentioned by the readers who contacted us.

“I moved to Denmark for a job. I used a local English (-speaking) broker to find a room with CPR and signed a tenancy agreement. Turns out there was no CPR and I lost the job offer because I couldn't register and get a bank account in a timely way,” said Sara, who is from Scotland but spent some time living in Amager, Copenhagen.

“This left me in Denmark with no job and looking for somewhere else to live. Landlords would not accept me because I didn't have a job. I ended up leaving Denmark, having wasted 40,000 kroner,” Sara told us. Sara also urged those looking for a place to rent to “ask landlords or relocation agents to provide evidence that the property has CPR,” — in other words that they have permission to rent it to tenants.

“Even though this was written into my tenancy agreement, I found no recourse available to take action as I wasn't registered as a resident. This leaves people open to scams,” she said.

“I found that landlords were not keen to let to foreigners, despite my learning Danish and being fluent before my arrival. I would say buy if you have the means. And buy with the support of a reputable relocation agent. But sometimes, renting is the only option for people who don't have the means to buy,” she also wrote.

Marius, who moved to Copenhagen from Romania, said that he found overcharging for rooms to be an issue with the capital city’s rental housing.

“In my opinion, (the biggest problem) is that the landlords ask a higher rent then the normal price per room or apartment. And of course some of them do not provide an address [for CPR registration, ed.] and if they do, it is in another location,” he wrote.

Like Sara, Marius stressed the importance of “a proper contract with the full name, CPR number, signature and address of both the owner and tenant.”

“And the rent should be paid in a bank account and not cash,” he said.

“Finding the place, the cost and getting the place,” were all hard going, wrote Ahmed, who moved to Copenhagen from Egypt.

“There're so many applying for the same flat and some many get interviewed and it's really hard to go through if you don't know much,” Ahmed said.

Although buying a flat would be a preferable option, “as a non-European [EU citizen, ed.], I can't buy if I'm not living here for five years,” he noted.

Another reader who comes from outside the EU also mentioned regulations affecting their right to buy a home.

“Buying is not an easy option for non-EU foreigners in the first five years, as special permission is needed (and therefore extra fees), and if you leave you must immediately sell,” wrote Drew, who lives in Valby.

“I am hoping to buy in the near future though (after crossing 5 years) because the amount of repayments for a loan will be less than my current rent,” he said.

Knowing your rights and seeking out organisations that can help with this is an important step for those renting in Denmark, Drew advised.

“I think the biggest problem for foreign residents is not knowing your rights. I'm quite sure I was overpaying in my first apartment but did not know I could challenge that,” he said.

“Read carefully about what rent increases your contract says are allowed. Prepare for the eventuality that you may never see your deposit money again, even if you take good care of your place. Consider joining a rental union and ask them for help with any doubts,” he wrote.

“I also find the system whereby the tenant needs to pay to put the apartment back the way it was very strange. Landlords should expect that their properties will suffer wear and tear by renting them out, and tenants deposits should only be used to cover for example a giant hole in the wall caused by an outrageous party etc.,” Drew also wrote.

Others also highlighted deposits in advice sent to us.

“The biggest problems are the amount of money that we have to leave as ‘deposit’ and that in many cases we can't get back the 100 percent of it,” writes Fernando from Spain, who lives in Amager Strand close to central Copenhagen. That is in reference to the common practice in Danish rental agreements whereby tenants pay a deposit in advance equivalent to three months’ rent.

“I don't have such a bad experience, but I had to pay 70,000 kroner to move into my new apartment which I'm renting. It's insane! But as I live together with my girlfriend we paid less than if we live in two different rooms in a shared apartment,” Fernando said.

Did you find this article helpful? What other aspects of renting housing in Denmark would you like us to report on? Let us know your thoughts.

READ ALSO: What are your rights if your flight is delayed or cancelled in Denmark?