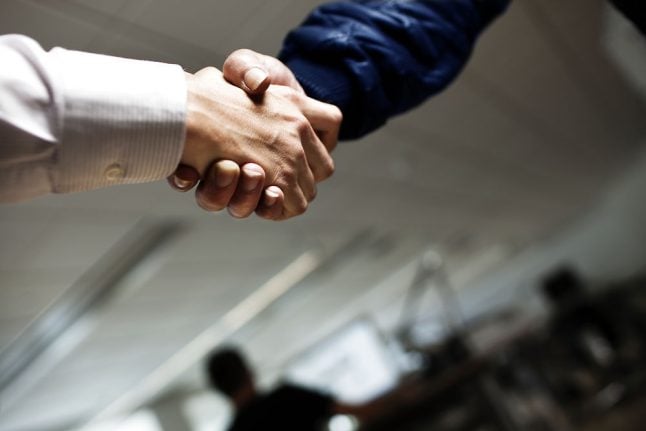 The country’s immigration minister Matthias Tesfaye as well as his predecessor Inger Støjberg have both criticised the ‘work-around’ which officials in Hedensted plan to offer, newspaper Politiken reported.

The municipality of Hedensted will let new Danish citizens choose not to shake handshakes with the opposite sex – in complete compliance with a rules implemented during Støjberg’s time as Minister for Immigration and Integration.

Thelaw currently requires newly-nationalized Danes to shake hands with a representative from the local municipality at their citizenship ceremonies. It was introduced in January 2019.

But Hedensted has decided that new Danish citizens will not necessarily have to shake hands with representative of the opposite sex at its upcoming constitutional ceremonies. This is legally within the rules, Politiken writes.

“The Ministry can state that the practice chosen by Hedensted Municipality is in compliance with the current rules,” The Ministry of Immigration and Integration confirmed to Politiken.

Tesfaye, in written comments provided to the newspaper, made little effort to disguise his contempt for the accommodation.

“If you do not want to shake hands with someone of the opposite sex, then you have applied for citizenship in the wrong country,” he wrote.

The new-style citizenship ceremony was provided for by a law passed by the previous government and the Danish People's Party in 2018. It was seen by critics as targeting Muslims who, for religious reasons, do not shake hands with members of the opposite sex.

It was also linked to a significant increase in the cost of the citizen application process.

Tesfaye’s Social Democrats abstained from the 2018 vote which passed the handshake law, saying shaking hands is a natural gesture and does not require legislation.

The law provides for rules requiring that “one or more representatives of the municipal council must exchange a handshake with the applicant, without a glove and palm against palm.”

Hedensted has chosen to have both its male lord mayor as well as a female city council member at the ceremony.

Participants who, for religious or other reasons, do not want to shake hands with people of the opposite sex, can therefore choose between the two.

At least three other municipalities have similar plans, according to Politiken’s report.

Despite the legality of the plan, Støjberg, who orginally proposed the mandatory handshake, called it “completely wrong” and added that “if I were the minister, I would certainly take action.”

Rasmus Stoklund, spokesperson for citizenship with the ruling Social Democrats, was also critical.

Stoklund said that municipalities would only succeed in helping people with “relatively fundamentalist attitudes” to gain citizenship.

“In my book, it is reasonably clear that this is not in the spirit of the law,” he told Politiken.

Left-wing party Red-Green Alliance’s spokesperson Peder Hvelplund said that freedom of choice over the handshake is “´”an excellent way to welcome new citizens” and a way to “avoid the slightly awkward situation that might otherwise arise”.

“I don't think it has anything to do with citizenship,” he also said to Politiken, when asked whether refusing to shake hands with a member of the opposite sex was a sign of good integration and readiness for Danish nationalisation.

READ ALSO: Danish mayor 'must shake own hand' after being granted citizenship