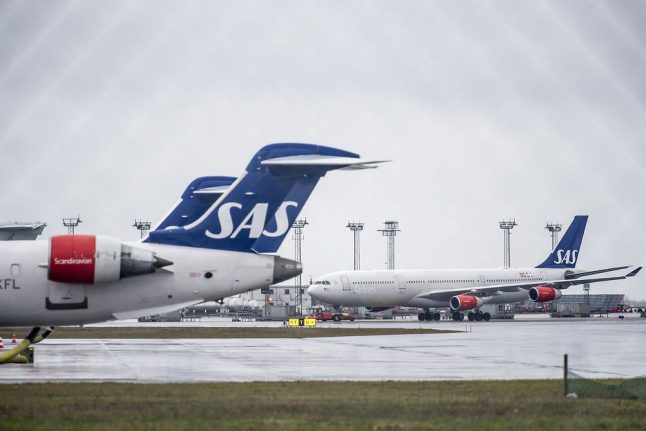 SAS aircraft at Copenhagen Airport. Photo: Mads Claus Rasmussen/Ritzau Scanpix
Editor's note: The situation around the novel coronavirus is changing rapidly, and this article is no longer being updated. Please click HERE for the latest updates and HERE for all our coronavirus coverage.
SAS has extended its suspension of flights to Beijing and Shanghai until March 29th, the company confirmed in a press statement.

“The safety of our passengers and employees is our highest priority,” SAS writes in the statement.

“A new evaluation has been made of the situation in China regarding the Coronavirus and SAS has decided to prolong the suspension of all flights to and from Shanghai and Beijing until March 29th. Refunds and rebooking possibilities are offered for affected passengers,” the message continues.

SAS services to Hong Kong are not affected by the cancellations.

“SAS will continue to monitor the (Hong Kong) situation in constant dialogue with authorities and continuously update the information about the situation,” the airline writes in the statement.

Denmark's foreign ministry has advised against all travel to Hubei Province in China, where the virus is believed to have originated.

The Swedish Foreign Ministry is also advising people not to travel to China's Hubei province.

The death toll from the coronavirus epidemic has now passed 1,100, but the number of new cases fell for a second straight day on Wednesday, AFP reports, raising hopes the outbreak could peak later this month.