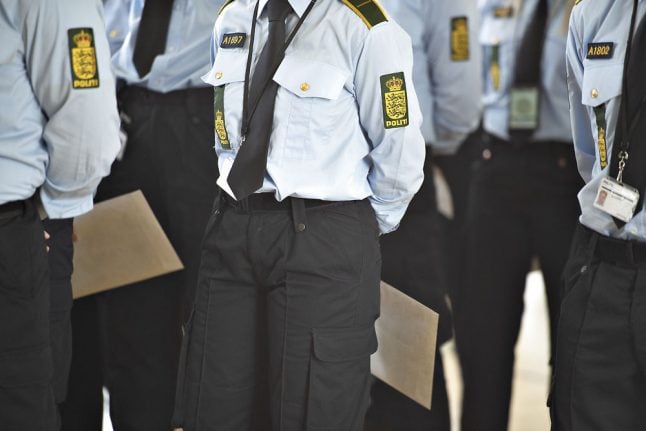 The PM wants to reduce the total workforce of the National Police by 900 units defined as one year’s full-time work (årsværk), which corresponds to halving its current size. The plan was originally reported by newspaper Berlingske.

Although talk of halving the police force sounds drastic, it does not correspond to having half as many police officers. It is important to note that savings from the reduced workforce of the national police will be diverted to local policing, according to Frederiksen’s plan.

The National Police (Rigspolitiet) is Denmark’s senior police authority and is tasked with directing police policy and strategy across the country, including coordination and support in local police regions. It is also authority under which specialist units and the police intelligence service (PET) fall.

Although a number of political parties on Denmark’s left have been open to reducing the size of the Rigspolitiet administration, they are sceptical over a such a major reduction, Ritzau reported earlier this week.

“We want to strengthen local police. I think we have underestimated how much it means to people to have a local police station,” Karina Lorentzen Dehnhardt, justice spokesperson with the Socialist People’s Party (SF), said.

“Having said that, it sounds drastic that a halving is being talked about. I look forward to seeing whether there is any analysis behind this (figure), and whether it can be done without destroying some of the very important functions of the (National) police,” Dehnhardt added.

“There are a lot of specialist units in forensics, cybercrime, prevention and IT,” she added.

The SF spokesperson said the downsizing would be problematic if it was to weaken these areas of the National Police.

Frederiksen has stated the target of boosting the number of people working in local police departments through the plan.

Up to 20 new local police stations across the country will also be established.

Rosa Lund, justice spokesperson with the left-wing Red Green Alliance said that she shared the PM’s ambition to increase local police but was “sceptical about achieving that by halving the national police”.