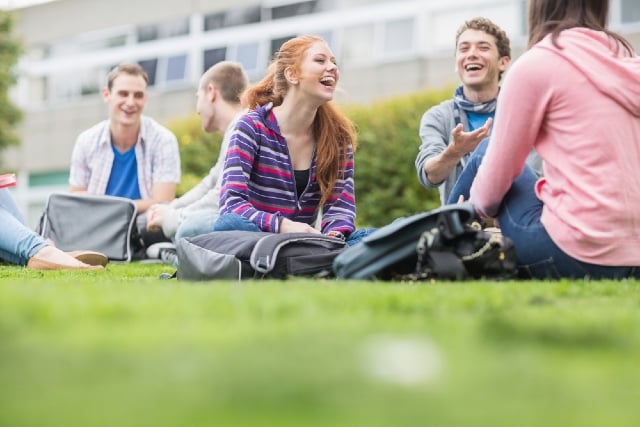 Conservative party MPs in the British parliament used their majority to block a clause which would have required Boris Johnson's government to negotiate the continuation of the programme, which allows British students to study in the EU and European students to study in Britain.

In other words continuing Erasmus after Brexit is not a main objective for the British government.

Erasmus has been in operation since the late 1980s and has allowed British students to study at universities in the EU member states for set periods of time.

Tens of thousands have taken advantage of the scheme and the small financial grants it offers to help students study abroad.

This new clause would have required the Government to seek to negotiate continuing full membership of the EU’s Erasmus+ education and youth programme.

While the vote does not mean the UK won't participate in the Erasmus scheme or some similar exchange programme with EU universities in the future it has been taken as a kick in the teeth by pro-Europeans and those who took advantage of it.

Because of @EUErasmusPlus I was able to study at Paris 7 and get my first job in journalism. It transformed me from a very shy 20-year old into someone who could speak French and realised she could survive in a big city. I was very lucky. https://t.co/vnvIaBt8zR

It's tragic that people were sold this idea of a Global Britain that succeeds across the world…
But by sacrificing Erasmus, they're removing the tools of Brits who want to succeed across the world.@teddyogden pic.twitter.com/SeetPxYxae

The Local Sweden's deputy editor Catherine Edwards said: “I can't imagine where I'd be without Erasmus, but almost certainly not in Stockholm, working for the company I first interned with as a student in Rome 6 years ago… I hope the UK does *something* to give future students similar opportunities.”

I can't imagine where I'd be without Erasmus, but almost certainly not in Stockholm, working for the company I first interned with as a student in Rome 6 years ago… I hope the UK does *something* to give future students similar opportunities https://t.co/uhoIWTopW1

Erasmus was also what got me into journalism really. Double honours language degree, 18 months in Sweden, Denmark and Germany including a paid Erasmus work placement in Berlin doing foreign news.

In my two #Erasmus years abroad, as part of the international group I made friends with students from Mexico, Brazil, South Korea, Thailand, France, Germany, Sweden, Switzerland, Finland, Italy, Spain and America. Pretty refreshing for a 20 year old from a small Scottish town. pic.twitter.com/zgv8rRYfLl

Without ERASMUS I wouldn’t have been able to afford my Year Abroad. Before the YA I’d been to France on 3 school trips (no annual family holidays), but I chose a Lang degree because of the available support & opportunities I would have. Taking away these opportunities isn’t fair. https://t.co/wVFROPA8oK

This is the reality of Brexit. My cohort will be the last to benefit from the Erasmus+ scheme. It has been a huge privilege to be able to work in Italy, doing a job that otherwise I would only have dreamt of doing, financed by the EU. (1/) https://t.co/5prtGaOfnI

The Lib Dem MEP Layla Moran, who tabled the clause said: “Let us remind ourselves what Erasmus does. It allows our young people to go abroad to European universities, to learn new languages, to meet new people, to put down some roots abroad and to build the international understanding that, in my view, is a big part of what it means to be British.

“When people who have used the scheme return and apply their skills, the economy is boosted. The scheme increases their chances of getting a job and increases their confidence and sense of independence – and Brexit ​puts all that under threat.”

The government's Junior Brexit minister, James Duddridge said that in the future the UK will be “open to maintaining and expanding cooperation in education” with the EU.

“We strongly believe… in the value of international exchange, not just European exchange, and it is very much part of our vision for global Britain to extend that concept,” he said.

The minister added that the talks on the “future relationship” between the EU and the UK, which will begin March will look at the possibility of the UK taking part in EU student exchange programmes.

But until then it was left to those on social media to speak up for Erasmus.